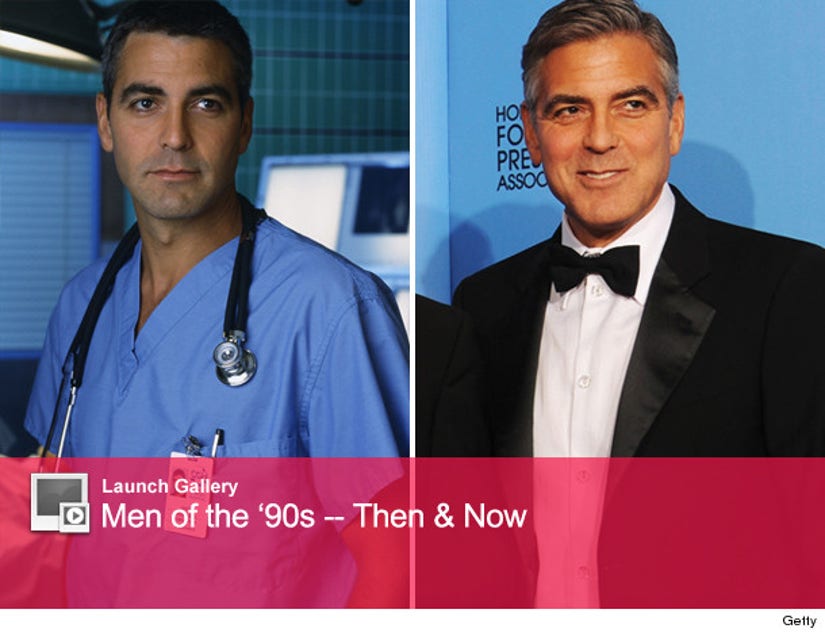 George may be in his 50s now, but he's still as handsome as ever. Does this guy ever age?

Clooney made a name for himself on "ER" playing Dr. Doug Ross from 1994-1999. Afterwards, George went onto land starring roles in flicks like "From Dusk Til Dawn" and "One Fine Day."

Today, Clooney is one of Hollywood's best and biggest actors with tons of awards and accolades to show for it.

Besides being talented and sexy, the actor is also a humanitarian and has done a lot of work with "Not On Our Watch," an organization aimed at bringing attention to global resources (alongside Brad Pitt, Matt Damon and Don Cheadle) and with the Darfur conflict, advocating resolution.

Clooney's kind of a gem. Click "Launch Gallery" above to see more '90s hunks then & now!