Michelle Rodriguez is back from the dead with a vengeance in "Fast & Furious 6" -- and we've got almost 6 minutes of footage with her from the new flick.

Universal just released a ton of clips from the upcoming movie, which sees M-Rod's previously deceased Letty character returning to life and into the fold.

Vin Diesel, The Rock, Paul Walker and the rest of the gang are all back too, racing around London, flying off tanks and getting in crazily choreographed fights all over the place.

Opening May 24, the movie will have to compete with "Iron Man 3" and "Star Trek Into Darkness" at the box office -- do you think it'll take the top spot?

Check out the clip above to see Letty and Dom race, a Rita Ora cameo and a killer fight scene between Michelle and Gina Carano.

And check out the gallery below for more sneak peek pics: 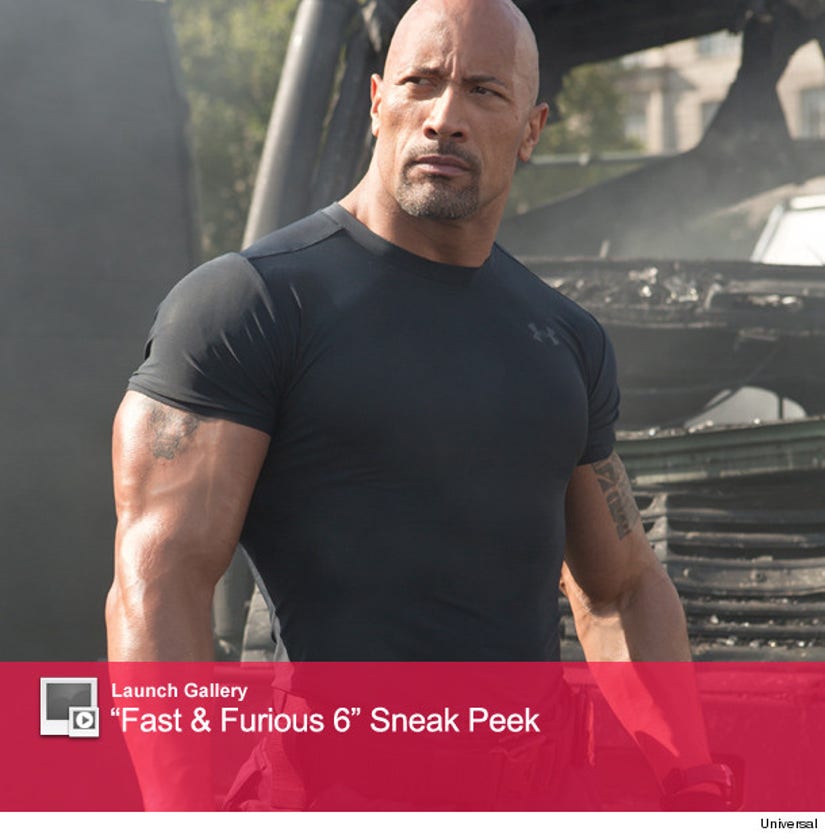