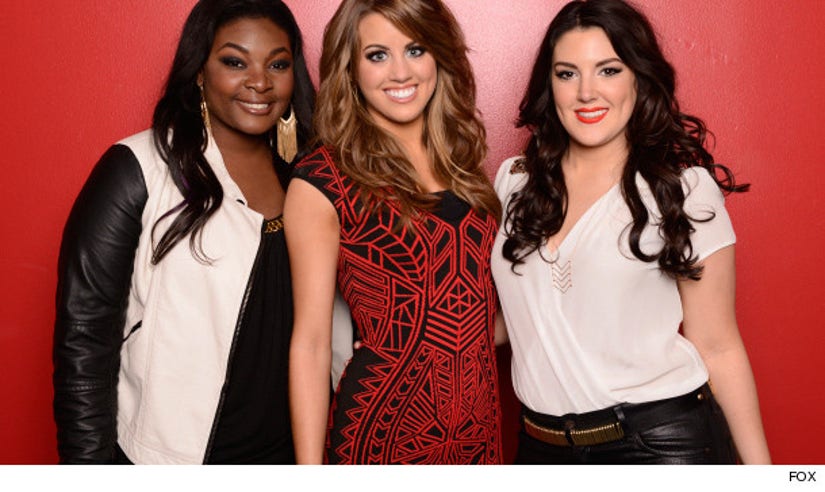 They say the first cut is the deepest, but when it comes to "American Idol," it's the last.

Angie Miller learned that lesson after earning the least amount of viewer votes. That means next week, Candice Glover and Kree Harrison will vie for the title in the finale.

Angie, who was a standout all season, was stunned by the results. The judges were as well: Nicki Minaj's mouth was agape, and Mariah Carey mouthing the words "oh wow." Watch as the results unfolded:

Angie fought back tears while performing her swan song, ironically to "Never Gone."

Having never been in the bottom two, Angie seemed like a lock for the finale. However, after a stunning Hollywood Week, she was plagued with inconsistency, often criticized for playing to the cameras too much.

Still, she'll go down in history as having one of the most memorable auditions in "Idol" history, when she brought the house down with her own original song "You Set Me Free."

Who do you think will be the next "American Idol" -- Candice or Kree? Tell toofab in the comments below.

Thursday's elimination also served as the premiere of "#beautiful," Mariah's duet with Miguel. Judging by the skimpy outfit she wears in the music video, it should've been called #legsfordays. Watch it below: