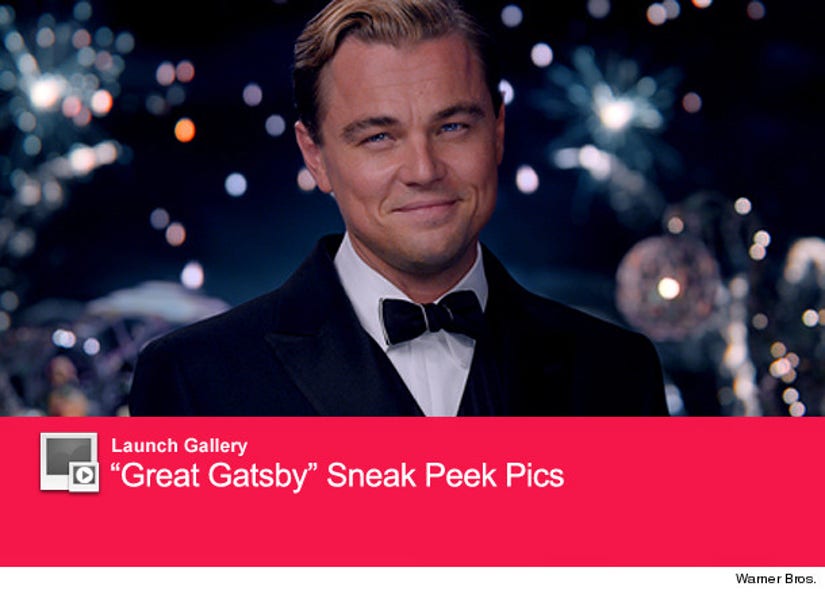 When F. Scott Fitzgerald wrote "The Great Gatsby" in the 1920s, he likely never expected to see it like this.

With more flash than "Moulin Rouge!", Jay-Z and Beyonce songs blaring from the old-timey speakers and a body flying at the screen ... in 3D ... after a fatal car crash, it's safe to say this isn't your parents' (or grandparents') "Gatsby."

Leonardo Dicaprio, Carey Mulligan, Tobey Maguire and Joel Edgerton star in the latest version of the literary classic ... which has been adapted to film four times before.

Tobey plays Nick Carraway, a newcomer to the ritzy, nouveau riche Long Island area of West Egg. He moves next door to the mysterious Jay Gatsby (DiCaprio), a man who throws incredible parties every week packed with movie stars, fireworks and more people than Coachella.

But Gatsby's lavish gatherings have one main goal: To attract the attention of the woman he loves, Nick's cousin Daisy Buchanan (Mulligan).

The first half of the film focuses on the spectacular soirees -- and that's when the movie is at its best.

Director Baz Luhrmann and production/costume designer Catherine Martin (Baz's wife) have created an opulent, visually stunning version of the "Roaring Twenties," one you'd kill to be a part of.

Leo makes a, well, great entrance as the title character and remains cool, confident and devilishly handsome until his believable, second act turn to madness.

But no party is complete without a little hangover.

The second half of the film definitely goes loooong and Baz's trademark brand of the goofy comedy doesn't mesh well in some of the more dramatic moments.

And while she looks gorgeous in flapper couture, Mulligan herself is a bit of a bore, making it harder to believe Daisy is alluring enough to literally drive all the men around her insane.

"Gatsby" finds Lurhmann at his Baz-iest.

If you're not a fan of "Moulin Rouge!", "Strictly Ballroom" or "Romeo & Juliet," this probably won't be the film to win you over.

But for source material enthusiasts who are open to seeing a very different take on Fitzgerald's tale, it's surely a spectacle to be seen