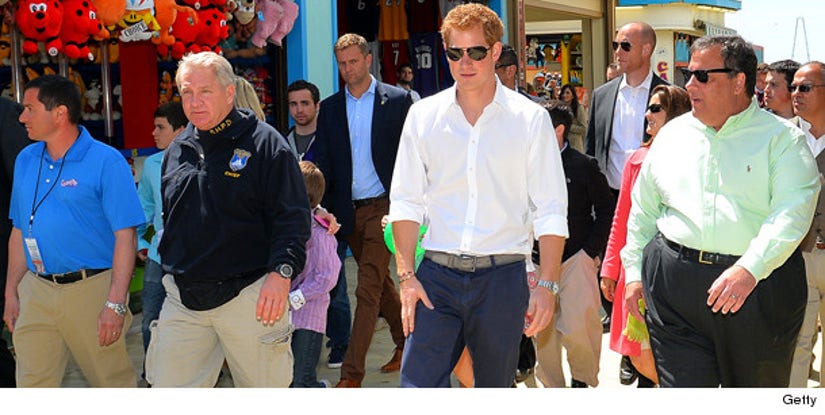 Seaside Heights hasn't seen this many cameras since "The Jersey Shore!"

But the media -- and residents -- were out to welcome Prince Harry. The British royal stopped by the Superstorm Sandy-ravaged region as part of his week-long tour of the United States.

Harry toured some of the most heavily damaged areas with New Jersey Governor Chris Christie, and even tried his hand at a few boardwalk games.

It's been a busy visit for the prince, who famously spent his last U.S. visit partying in Las Vegas.

He's already met with First Lady Michelle Obama, Senator John McCain, and a number of veterans (Harry himself served in Afghanistan). His trip hasn't been all serious: he played football (and was the base for a pyramid) at the Air Force Academy and participated in the Warrior Games with injured service members.

The prince's trip concludes in New York City, where he will promote trade and attend a fundraiser for his charity. Click on the "Launch Gallery" link below to see all the royal photos! 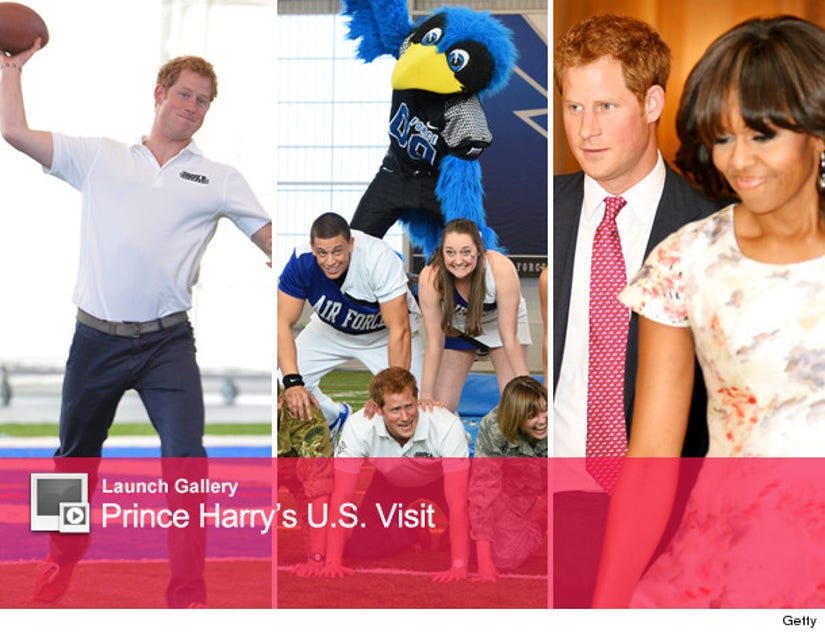