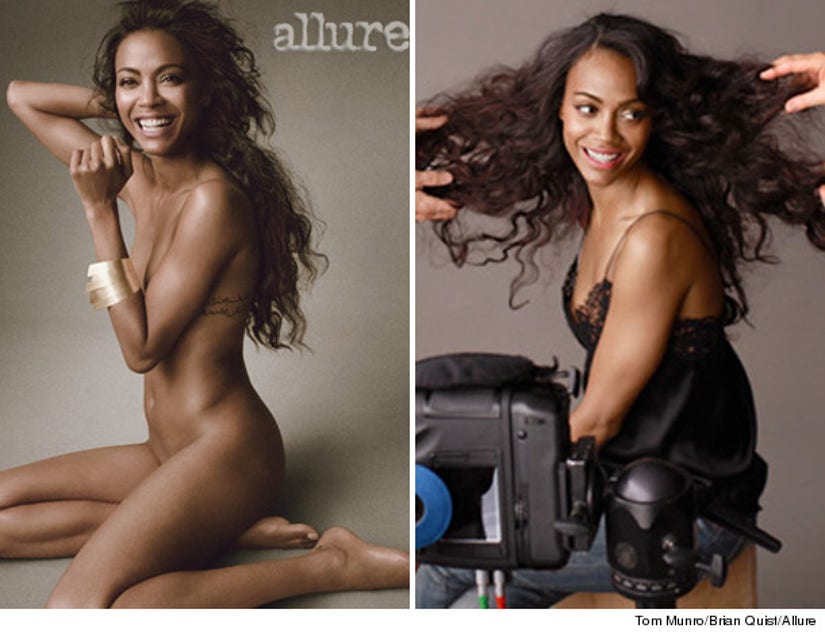 Zoe Saldana is baring it all!

The "Star Trek Into Darkness" actress covers the June issue of Allure ... and she's revealing more than just her sexy figure.

Posing in just her birthday suit for the mag, the brunette beauty opens up about her sexuality and dating in Hollywood.

The 31-year-old describes herself as "androgynous" ... and says she could end up with a woman!

"[I might] end up with a woman raising my children...that's how androgynous I am!," she tells the mag. 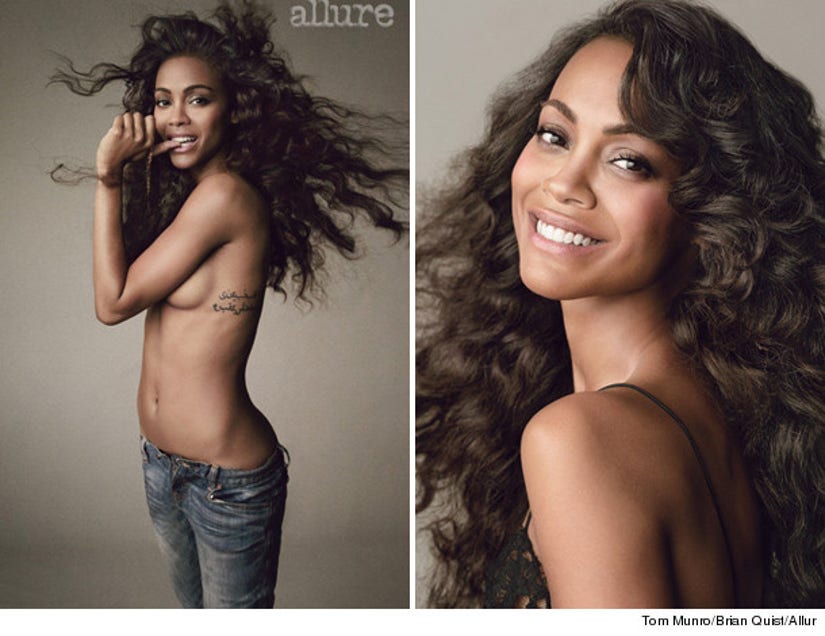 Saldana also plays coy when asked if she's ever been in a relationship with a woman, saying "Promise me one thing: You're going to ask this question [in the article] -- if you choose to, just put three dots as my response. That's it."

"Been there, done that, got the T-shirt," she says of dating Hollywood heavyweights. 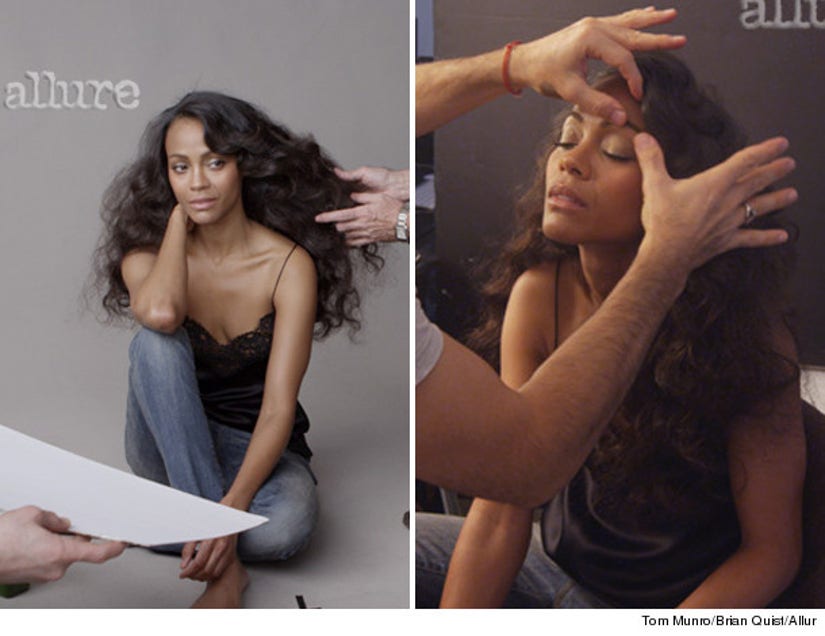 But she'll never say never, admitting to the mag that if there's a good thing in front of her she won't let it pass her by!

"If I have something good in front of me -- it doesn't matter if it's a person or a pair of shoes -- I'm not going to test something else," Saldana reveals. "It's insecure, and it's immature."

For Zoe's full interview with the mag, make sure to pick up the June issue of Allure on stands May 21! 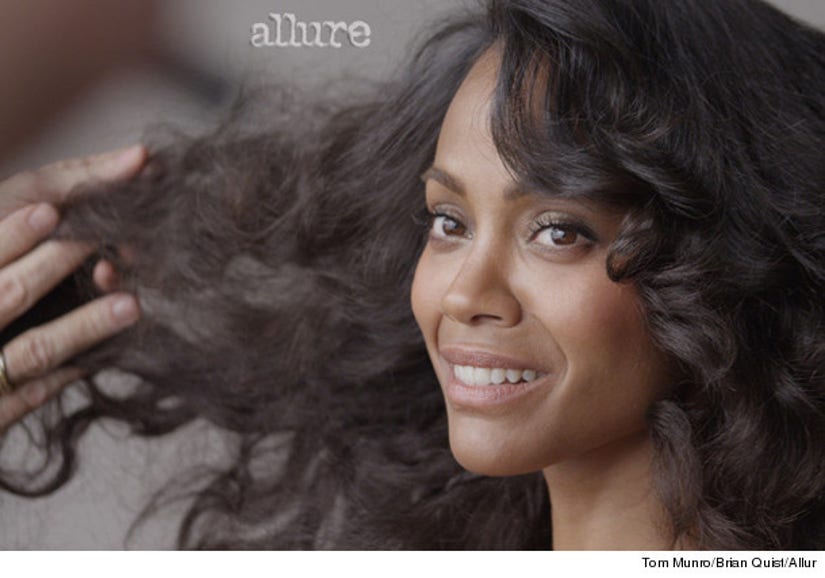