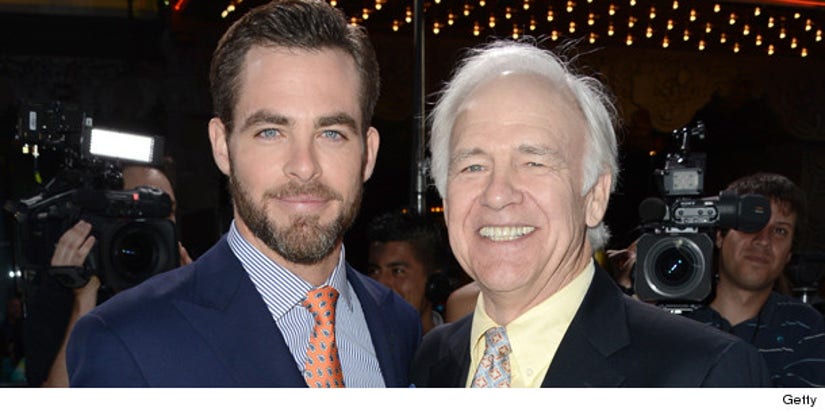 "Star Trek Into Darkness" warps into theaters this weekend, and the crew of the U.S.S. Enterprise hit the red carpet last night for the film's Hollywood premiere.

The man of the hour was none other than Captain Kirk himself -- Chris Pine. And while the handsome actor was mobbed by fans and press, toofab caught up with the one person that probably knows Chris best -- his father Robert. You may recognize the elder Pine from his years as Sergeant Joseph Getraer on "CHiPs."

Given Chris' aggressive filming and production schedule, Robert couldn't wait to see his son. Listen to Robert tell the story about how Chris got into acting and how proud he is. It's pretty touching video. Plus, will there be a "CHiPs" remake?

Of course, Chris was joined on the carpet with his costars Zachary Quinto, Zoe Saldana, and even "Star Trek" legend Leonard Nimoy. Click on the "Launch Gallery" link below to see all the arrivals, including a sizzling Kate Beckinsale! 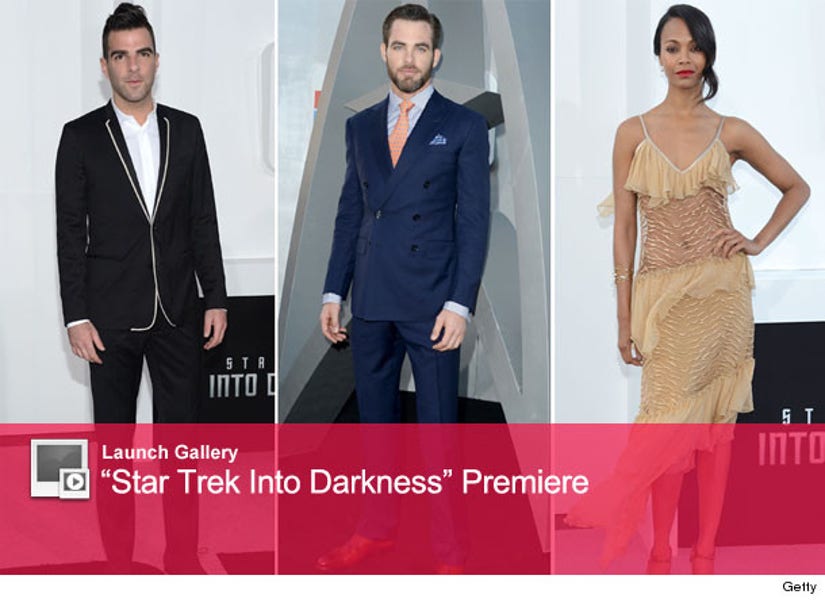