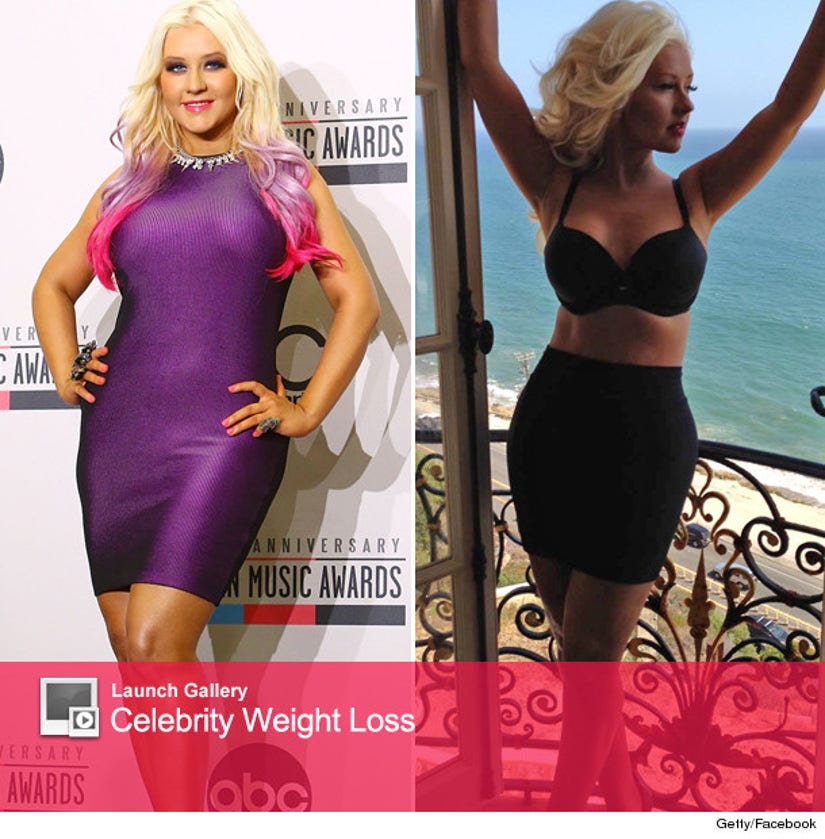 Christina Aguilera is transforming her look -- and it's really working for her!

After embracing her curvier figure for a few seasons of "The Voice," the singer has recently been on a major slim down.

And, from the looks of it, she's really dropped some serious weight.

The 32-year-old flaunted her slim new body in a Facebook photo on Wednesday, posting a photo of her in a black bra and matching skirt. And we're seeing some abs in there!

The singer shared the photo while filming a music video with Alejandro Fernandez.

Get ready to see a lot more X-tina in the recent future, as it was just announced she'll be coming back after a season away from "The Voice."

Are you glad she's returning? Sound off below!