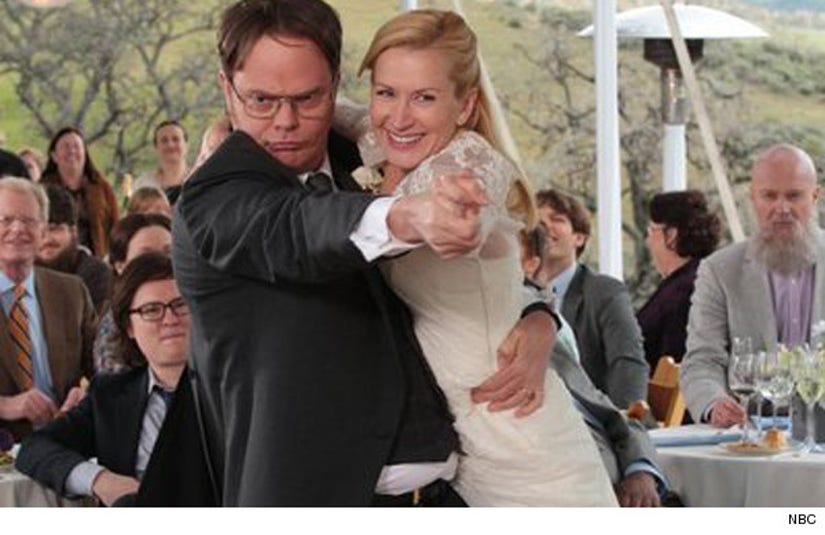 "The Office" ended its eight-year run on Thursday night, in a cute finale that saw the wedding of a fan favorite couple, the return of Michael Scott and a perfect sendoff for the rest of the Dunder Mifflin crew.

So, how'd it all end? See our favorite moments from the series finale below.

Steve Carell returned for the show's final episode, staying to the sidelines but still packing an emotional punch. The former Dunder Mifflin boss returned for Dwight Schrute's wedding -- popping up to help Jim Halpert (John Krasinski) with the "Best Prank Ever."

It was sweet to see him interact with his former coworkers. And while Holly (Amy Ryan) didn't come with him, we learned the couple now have a couple kids of their own and Michael's a very proud papa -- so proud he needs two phones because he's taken so many photos of them. Cute! 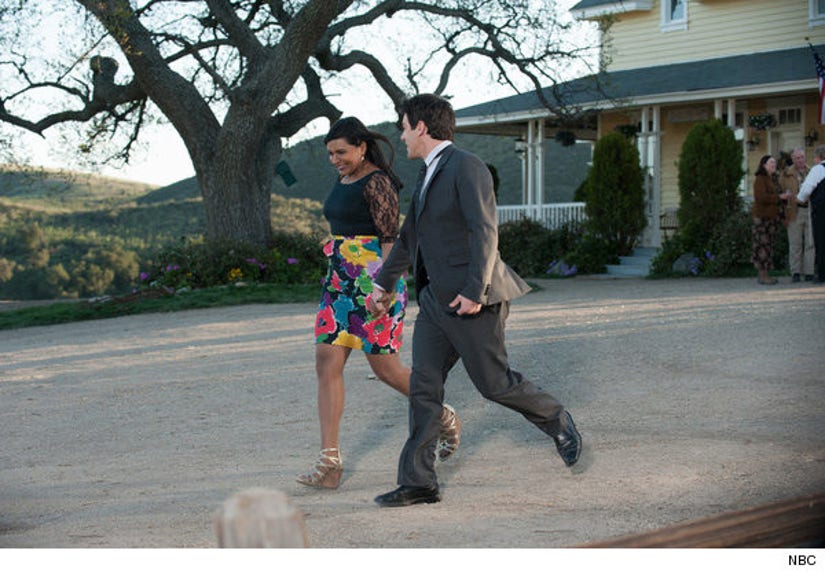 Though Kelly Kapoor (Mindy Kaling) showed up with her pediatric doctor boyfriend (played by "Heroes" star Sendhil Ramamurthy), the relationship didn't stick -- and she ended up running off with Ryan (B.J. Novak), who brought a baby to the ceremony but ended up leaving it there so the couple could start a new life together. Don't worry, Nellie (Catherine Tate) ended up taking the baby for herself.

About time! After years of flirting and secret romance, Dwight (Rainn Wilson) finally made an honest woman out of Angela (Angela Kinsey). The ceremony was delightfully weird -- they got married while standing in their graves and Angela was kidnapped by Mose as part of the bachelor party -- but it was so perfect for the show's other big couple. 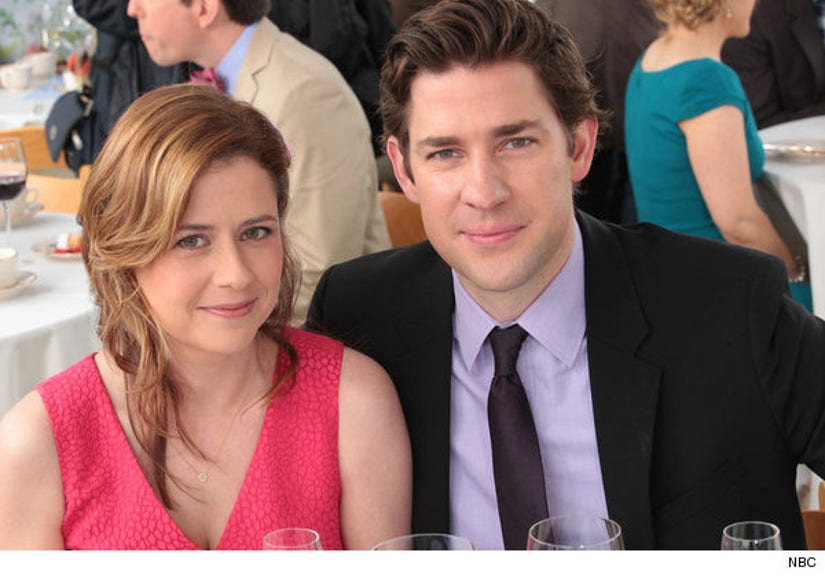 While they hit some rocky terrain this season, it ended on a happy note for Pam (Jenna Fischer) and Jim (John Krasinski). Though Jim is known for his huge romantic gestures, Pam finally paid him back -- surprising him by selling the house and deciding to move with him to Austin, Texas.

This was the moment that had us reaching for the tissues. At the very end of the episode, each character got a chance for one last confessional.

From Andy (Ed Helms) saying "I wish there was a way to know you're in the good old days before you've actually left them" to Creed (Creed Bratton) getting arrested, it was both emotional and funny.

And then there's this: Jim crushing the audience by saying "Everything I have I owe to this job, this stupid, wonderful, boring, amazing job."

Was there a dry eye in the house?

What did you think of the finale? Was it everything you wanted? Sound off below!