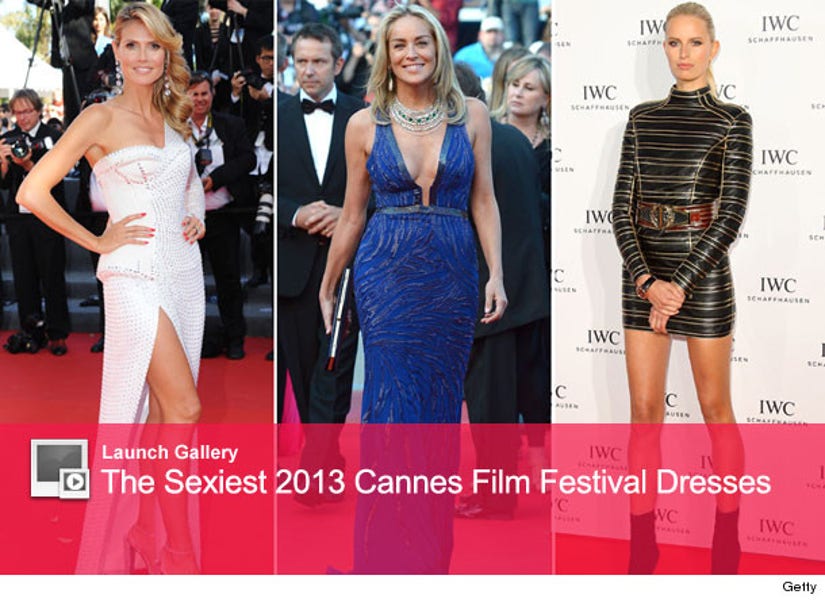 The most beautiful women in the world descended upon France for the Cannes Film Festival, all trying to get a leg up on the competition -- literally.

You gotta see the sky-high slits on some of these dresses. The attendee list was like a Victoria's Secret runway show with Heidi Klum, Doutzen Koes, Izabel Goulart and Karolina Kurkova flaunting leggy looks.

Cleavage was popular too, even on a 55-year-old! Sharon Stone put women half her age to shame in two daring dresses. However, it was Irina Shayk who nearly showed off her Cannes.

Click on the "Launch Gallery" link about to see the sexy styles from Cannes.

Who do you think looked the hottest?