The movie may star Danny Trejo, but the first trailer for "Machete Kills" is all about the film's female stars!

Lady Gaga, Sofia Vergara, Amber Heard and Michelle Rodriguez are both sexy and dangerous in the new Robert Rodriguez flick, brandishing shotguns, pistols, whips and even an machine gun bra!

And we can't wait to see more of Gaga in action.

The film opens September 13. Who's in? 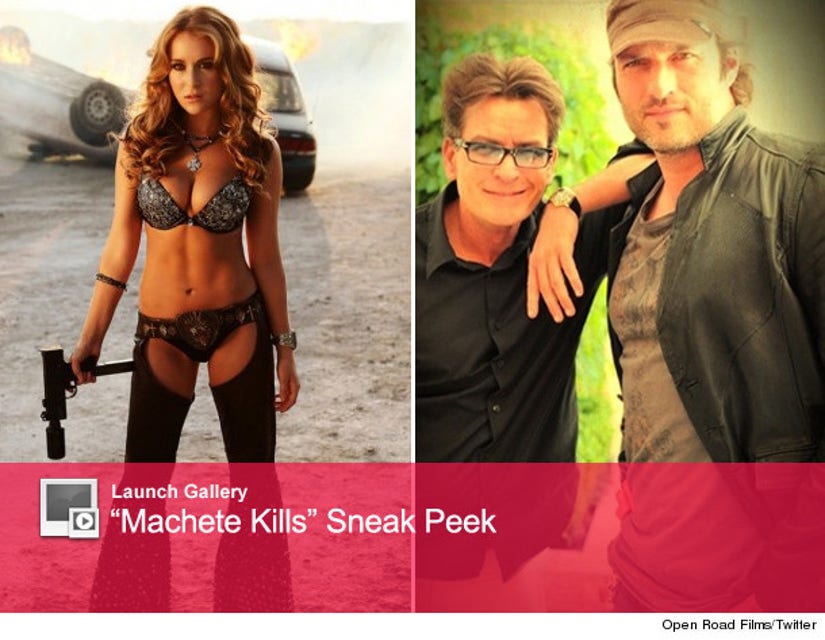