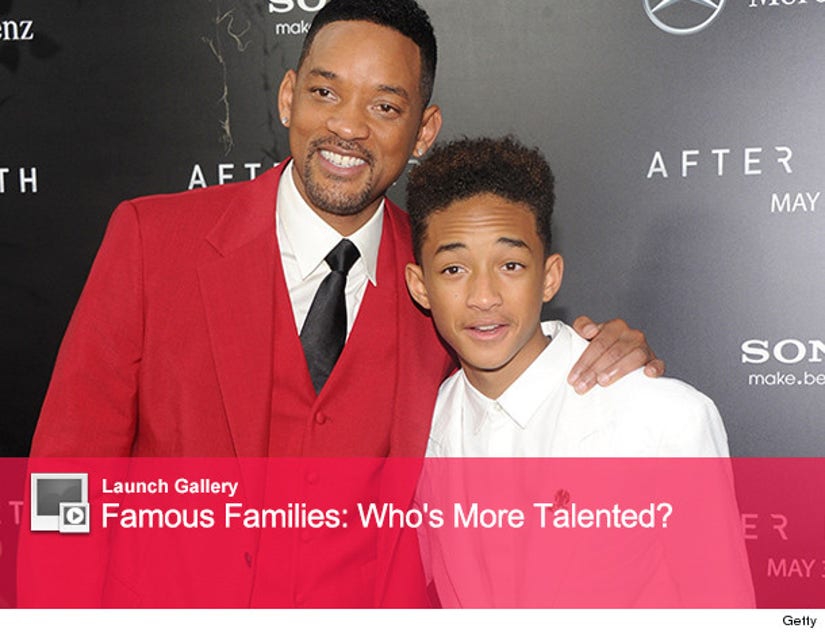 The Smith family's full of stars!

Will Smith and his wife, Jada Pinkett-Smith, have raised two little celebrities who clearly take after their famous parents.

This weekend's "After Earth" stars Will and his son Jaden. The flick follows a father and son who are stranded on Earth 1,000 years after tragic events which forced humanity to leave the planet. The duo embark on an action-filled journey to signal for help.

This isn't Jaden's first leading role, he's starred in "The Karate Kid" in 2010 and "The Pursuit of Happyness" in 2006 -- but the 14-year-old still has some big shoes to fill before he reaches his dad's superstar level.

Will and Jada's daughter, Willow Smith, is also making a name for herself in the music world. In 2010 the tiny singer released her first hit single, "I Whip My Hair," which took over the radio airwaves.

But which family member is the most talented? Click the gallery above to vote for your favorite star in a ton of celebrity families.

"After Earth" is in theaters now.