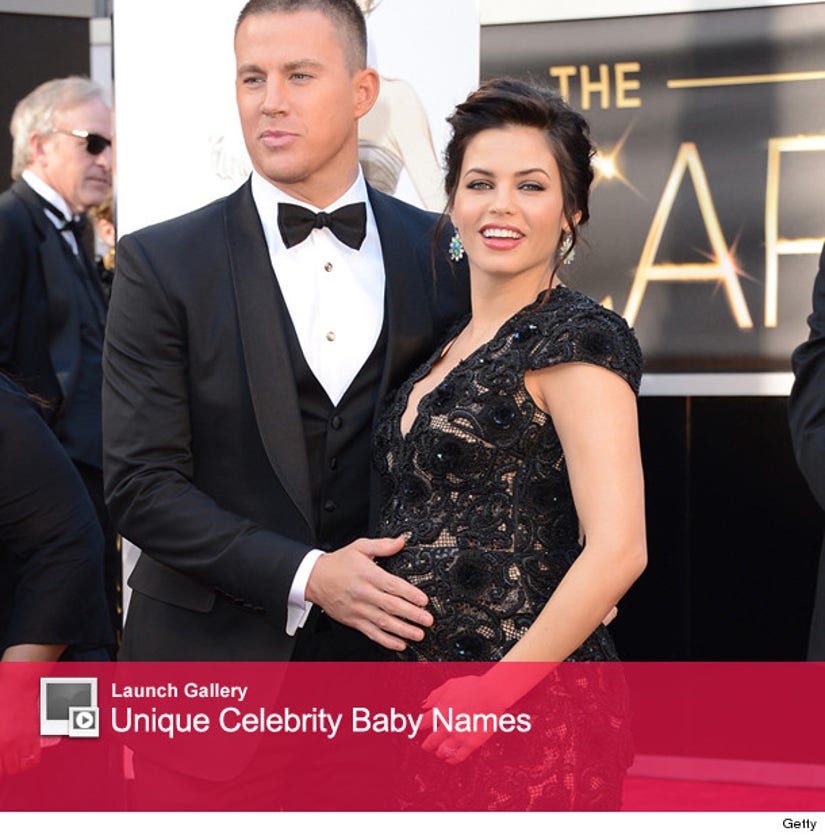 Update: Channing and Jenna just released the following statement on the birth of their daughter.

"Jenna Dewan-Tatum and Channing Tatum are thrilled to announce the birth of their daughter, Everly Tatum, who was born on May 31st in London. Sending love and light to Chan, Jenna, and Ms. Everly!"

The Sexiest Man Alive is now the sexiest dad alive.

Channing Tatum and his equally sexy wife Jenna Dewan-Tatum welcomed a baby May 31st in London.

It's been a breakout 12 months for Channing, who starred in the stripper flick "Magic Mike," "G.I. Joe: Retaliation" and the upcoming "White House Down." Jenna had a small role last fall on the hit TV show "American Horror Story: Asylum."