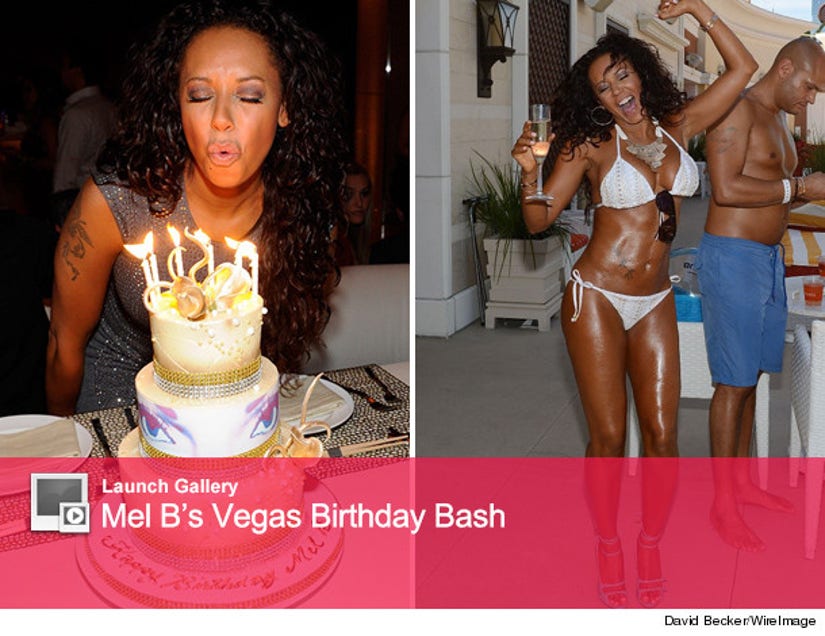 Mel B may be nearing middle age, but that didn't stop the former Spice Girl from celebrating her birthday Sin City style!

On Wednesday, the singer turned 38-years-old and partied it up in Las Vegas over the weekend.

Mel hit up the Encore Beach Club at the Wynn hotel on Saturday with her hubby Stephen Belafonte and friends including Los Angeles Laker Meta World Peace -- where she flaunted her ridiculous bikini bod in a white two-piece.

The festivities didn't stop there though, later in the day the Spice Girl and her crew made their way to the VIP DJ booth where the group ran into house DJ Lil Jon and gave a shout out to the crowd!

Mel enjoyed dinner and a birthday cake at Andrea's, and the gang finished their night Surrender Night Club where they met back up with Lil Jon and DJ Sidney Samson.

She followed up her Vegas getaway with a party for someone else on Sunday, helping Kim Karadshian celebrate her baby shower. See those photos here.

Now that's how you celebrate a birthday -- click "Launch Gallery" above to see photos from her wild weekend in Sin City!