Bruce Jenner has one thing to say about all those jokes about his transformed face: "I can take it!"

The "Keeping Up with the Kardashians" patriarch was on "Late Night with Jimmy Fallon" on Tuesday night, where he spoke out on the late-night talk about his history with plastic surgery.

And while Jenner was blasting some of the jokes, he admits some of them make him chuckle.

"I was laughing so hard, my old face would have gotten tired," he said about one -- proving he has a sense of humor about the whole thing too.

"I can take it," Jenner adds. "I'm from the Kardashian group, we can take anything, we're like invincible!"

According to step-daughter Kim Kardashian, Jenner had a facelift and a nose job in the '80s -- but was dissatisfied with the results, especially after all the negative media attention.

In 2009, when he turned 60, Bruce had a second facelift to "correct the mistakes made by the previous doctor."

He's not the only one in the family to admit to going under the knife -- check out more celebrity plastic surgery admissions in the gallery below: 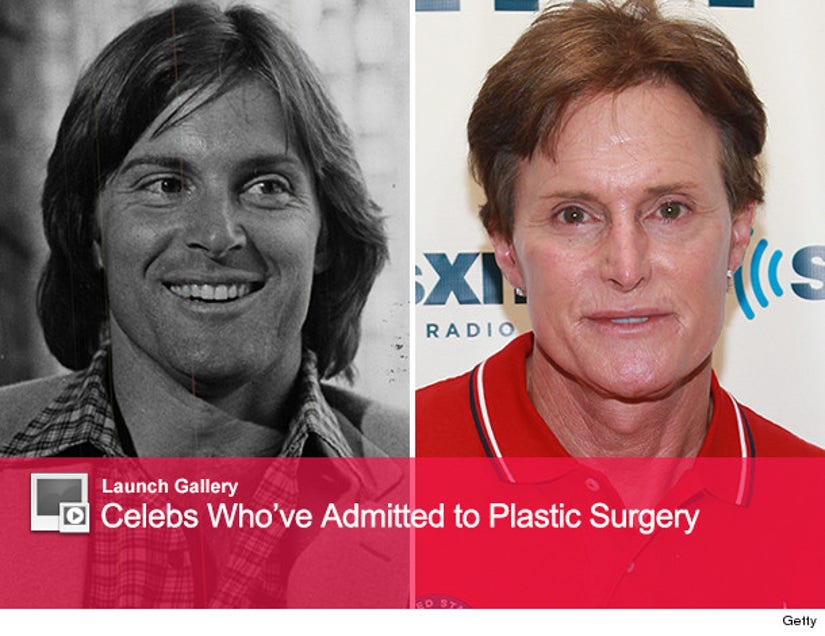