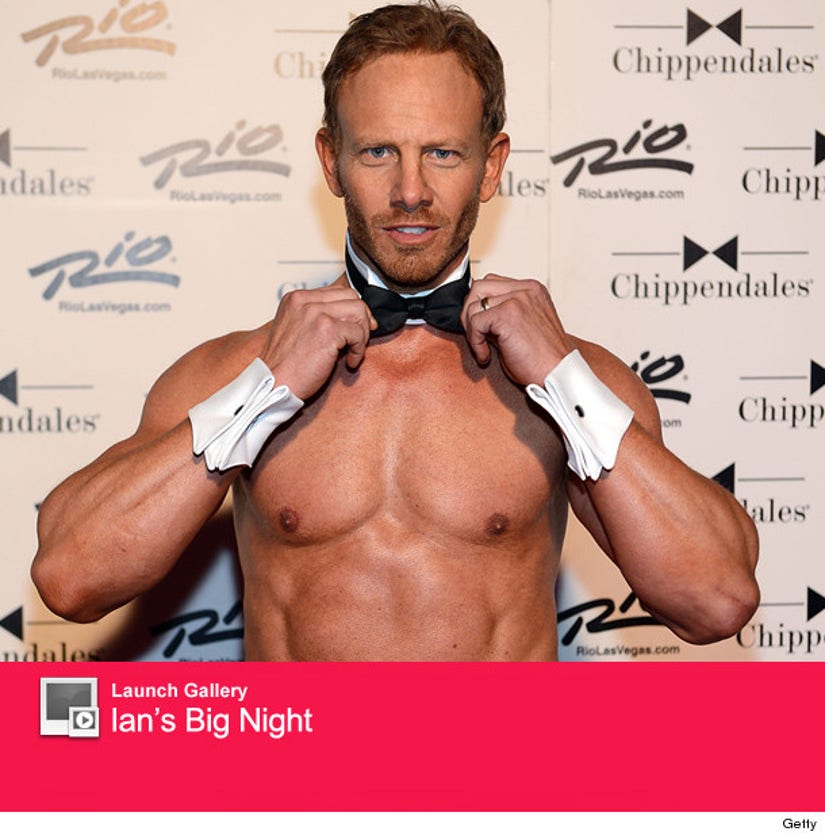 Former "Beverly Hills, 90210" star Ian Ziering hit the stage with the shirtless hunks of Chippendales this weekend -- and he definitely got in shape for his role in the show.

The 49-year-old actor will be a guest host for the Las Vegas show Thursdays through Sundays through June 30 at the Rio.

Ziering dropped an impressive 25 pounds in the last three months for the gig -- and was seen working out like crazy -- going from 205 to 180 pounds!

Check out more photos of Steve Sanders' sculpted abs and torso in the gallery above.