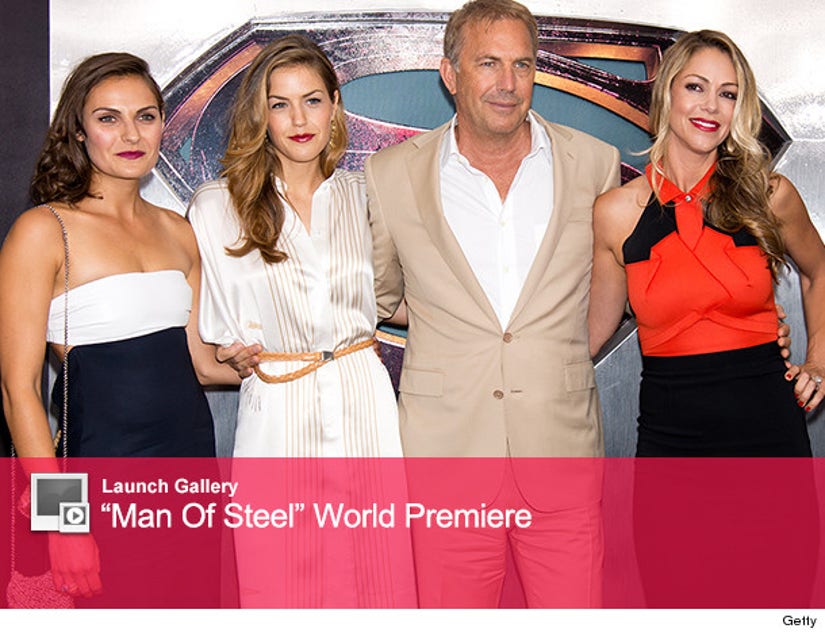 Kevin Costner is one lucky man!

On Monday, the actor brought his beautiful family to the world premiere of "Man of Steel" in New York, and his three leading ladies had us do a double take.

In the photo above, Kevin poses (left to right) alongside his daughters, Annie Costner, 29 and Lily Costner, 26, and his wife, Christine Baumgartner, 39 -- don't they all look like they could be sisters?

The 58-year-old is definitely living the dream -- he's surrounded by beautiful women all of the time, on-screen and off!