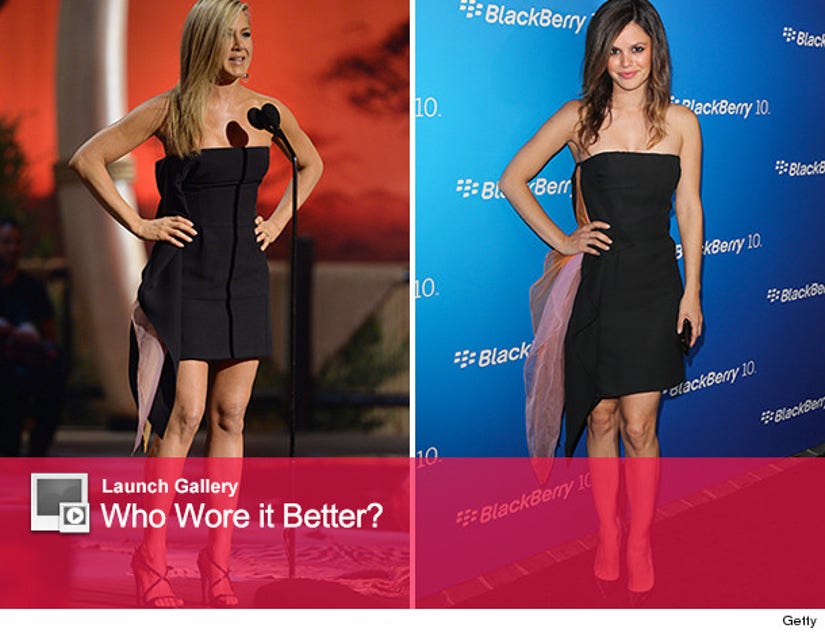 But she's not the only star to rock the strapless couture -- Rachel Bilson wore the same Spring 2013 Dior dress to the BlackBerry Z10 Smartphone launch party in Los Angeles, back in March.

We aren't crazy about the dress, only because the pink and orange pieces on the side slightly resemble a jellyfish.

Both of the actresses played it safe by wearing their hair down, and pairing the daring dress with black heels.

While it's not our favorite look on either star, we have to give the nod to Rachel. Jen's hair doesn't do anything for her look, and the dress fits Bilson's figure better.

But your opinion is the one that counts -- who do you think wore it better? Click “Launch Gallery” above to cast your vote and to see more stars in dueling dresses!