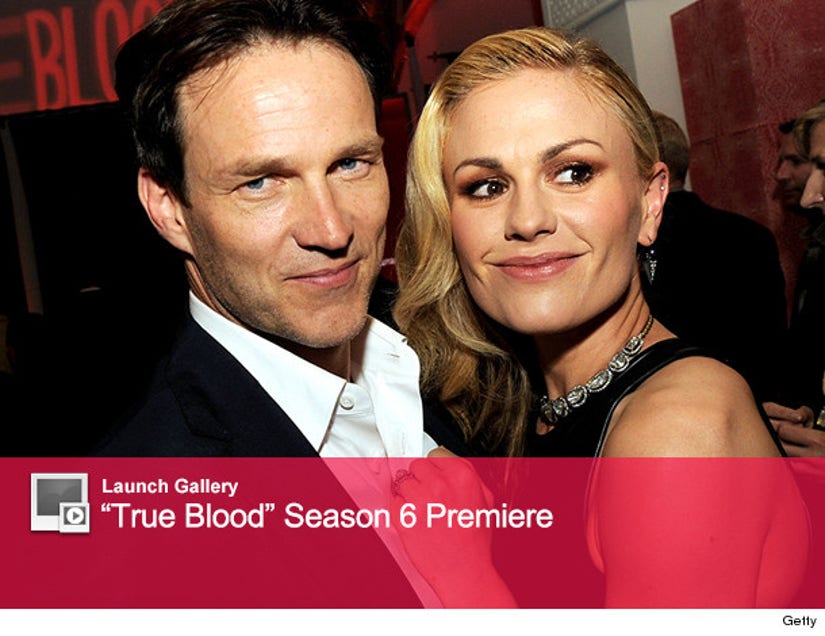 Anna Paquin and Stephen Moyer hit the red carpet for the Season 6 premiere of "True Blood" -- where they finally revealed the names of their twins!

The costars welcomed a little boy and girl back in September 2012, but remained mum on any other details for nine months.

When E! asked what Moyer was planning on doing for Father's Day at the premiere, he said he'd be "hanging out with Charlie and Poppy."

Like Poppy, Stephen's other daughter was also named after a flower. He has 10-year-old Lilac from a previous relationship.

What do you think of the names?

The entire cast was in attendance at the premiere -- with Alexander Skarsgard, Ryan Kwanten, Joe Manganiello and Sam Trammell all looking handsome as ever on the red carpet.

Check out the gallery above to see more red carpet pics, and find out which star was showing off her giant arm tattoo!