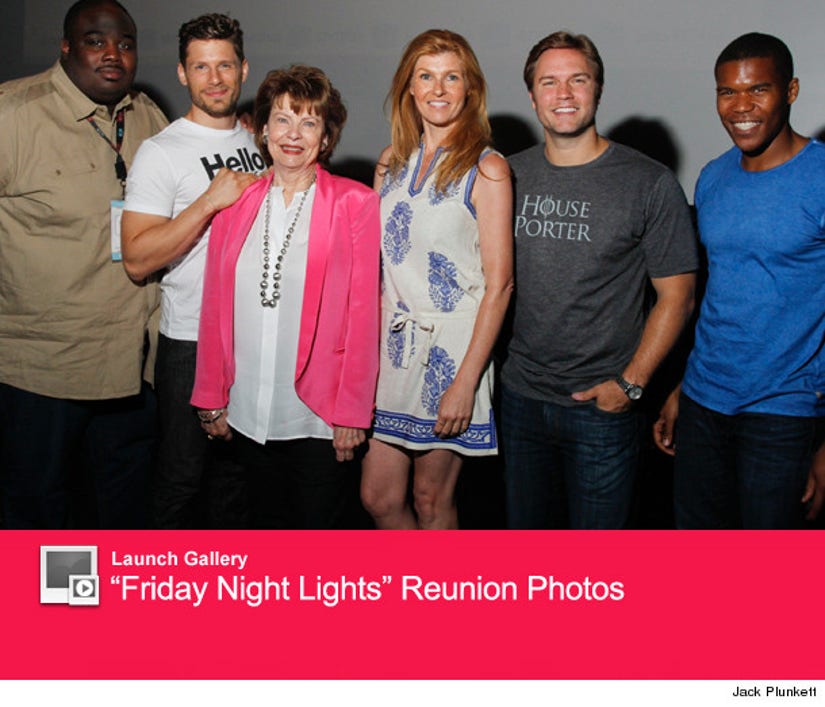 That's the motto made famous by "Friday Night Lights" -- but there were some teary eyes in the house when the cast recently reunited in Austin, Texas for the ATX Television Festival.

Connie Britton, Kyle Chandler, Scott Porter and the rest of the cast took part in a fan panel and intimate press conference, where they revealed a bunch of behind-the-scenes secrets from the set of the beloved show ... and spoke up about the rumored "FNL" movie.

Check out some little-known factoids below!

The actor, who currently stars on The CW's "Hart of Dixie," couldn't resist showing off some his beatboxing prowess when he took the mic for the press conference. Apparently, it's something he does often -- see his skills above!

Louanne Stephens, who played "Grandma Saracen" on the show, described an incredibly awkward day of filming with her on-screen grandson (played by Zach Gilford).

3.) Some habits are hard to break

Connie Britton had the entire audience cracking up after she called out her TV husband for accidentally addressing Scott Porter by his character's name, "Jason," during the press conference. 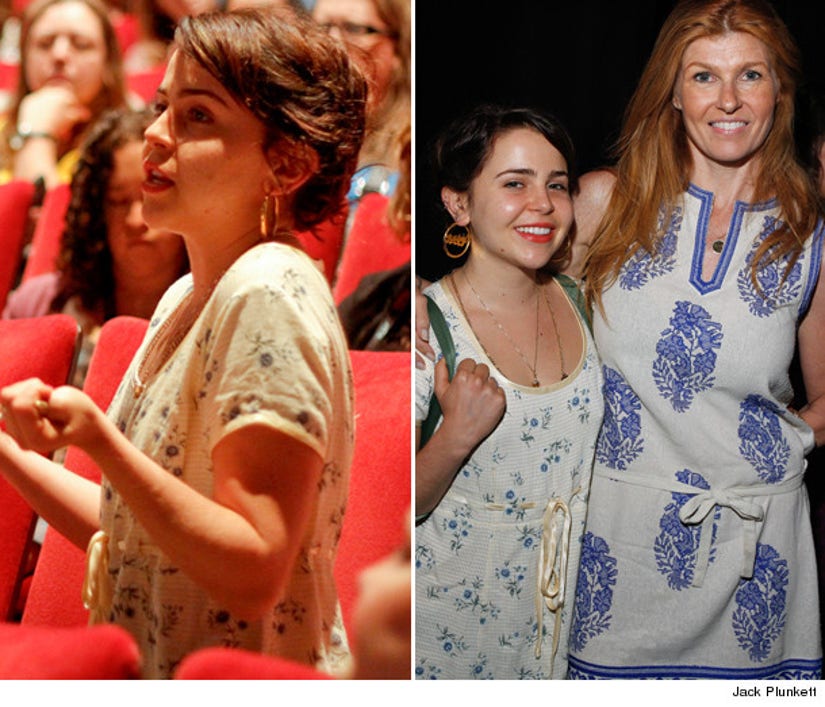 During the press conference, the "Arrested Development" and "Parenthood" star was the first one to ask a question from the audience. She then got a photo with Britton backstage and was even given a "Friday Night Lights" birthday cake!

Even though they barely had any scenes together during the first season, actors Zach Gilford and Scott Porter were roommates off the set in Austin.

6.) Kyle Chandler is a trooper 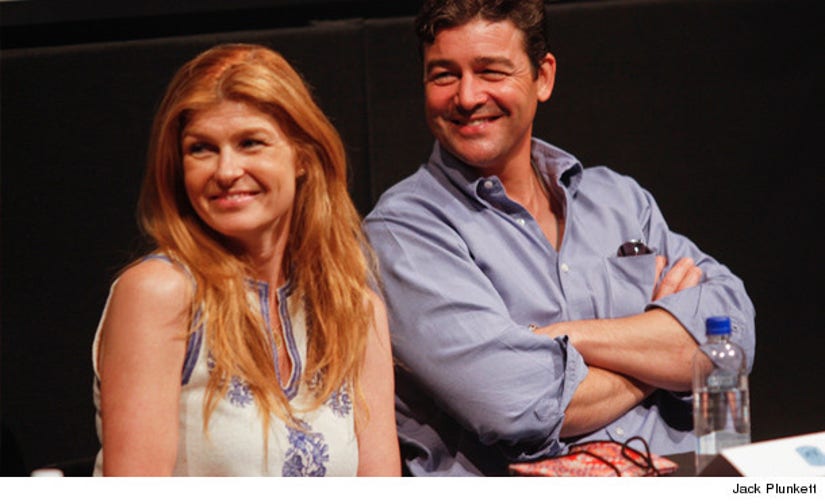 While the cast was filming the Season 1 finale, Kyle was sick to his stomach -- but he didn't let it affect him on set. "I found you in the bathroom throwing up," writer-director David Hudgins said to Chandler during the panel. "You came out and you did the scene anyway, so thank you for that!"

7.) Scott Porter is a cry baby

Just because he was in the show, doesn't mean it doesn't make him cry just as much as the rest of us. The actor teared up during a public screening of the "State" episode and was seen wiping his eyes after watching an emotional scene between himself, Minka Kelly and Taylor Kitsch during the panel.

8.) But Scott will also break your foot! 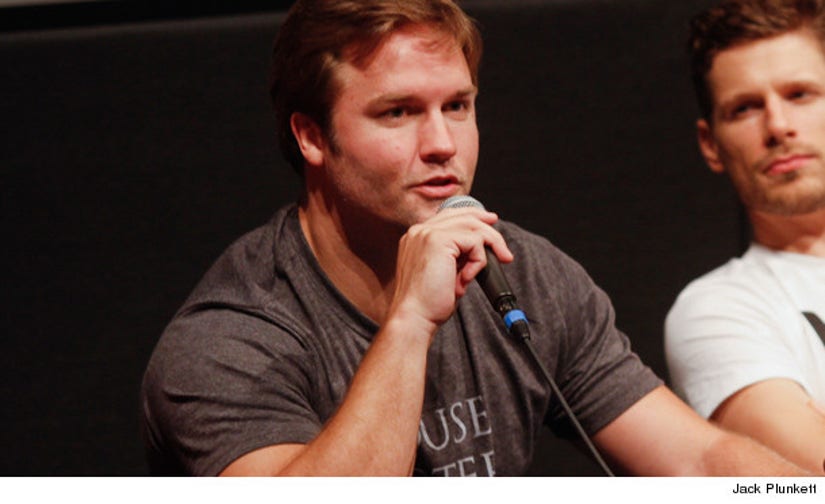 He may be a softy, but the buff actor also revealed he seriously injured one of the crew members on accident. "I broke the camera operators foot" he said, telling the crowd he hit her with a bench. "She [still] finished shooting the scene," Porter added.

9.) The cast is full of thieves

Which star couldn't help himself from stealing his character's State ring from the set? Check out the video above.

"We can dream the dream, there have been talks about making a movie of the series," said Hudgins. "The producers are very passionate about it, I don't think there are any plans to move forward right now ... but never say never."

What does the cast think their characters are up to day? See who made it big and who's hoping for "new medication" in the video above!