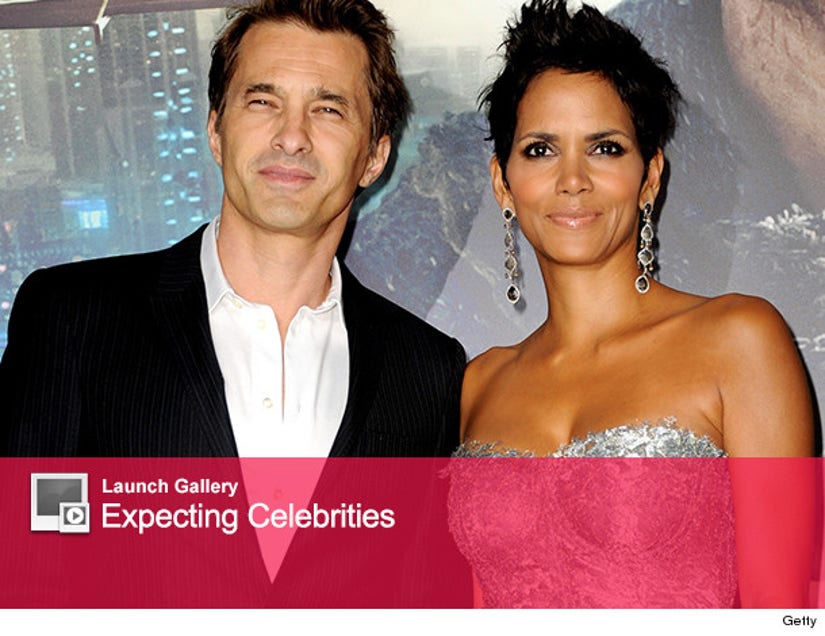 It's a baby boy, or should we say petit garcon, for Olivier Martinez and Halle Berry.

The actor confirmed the baby's gender to People at the opening night of the Champs-Elysees Film Festival in his native Paris.

"My son will be an American, but I remain French," the 47-year-old said.

Halle, 46, is also in Paris. The engaged couple are expected to walk the red carpet together on Thursday evening, where she is a guest of honor at the Festival. Olivier is serving as the honorary president.

Their son, due this fall, will be the first boy for both. Halle has a daughter, Nahla, with male model Gabriel Aubrey.

Click on the "Launch Gallery" link above to see more expecting stars!