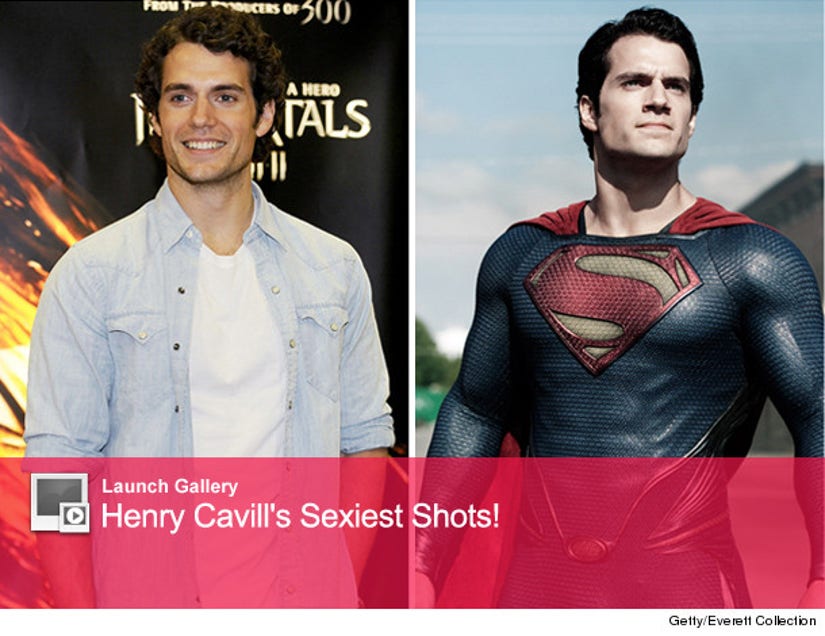 Henry Cavill is very, very easy on the eyes. The 33-year-old plays Clark Kent (aka Kal-El) in the new Superman movie "Man of Steel," but there are a few things you might not know about the sexy British actor.

1. Henry plays "WOW." That's right, the super nerdy online computer game "World of Warcraft." Cavill told Jay Leno on "The Tonight Show" that he almost missed the call about landing the part from director Zack Snyder, because the 30-year-old was in the middle of an intense game (which you can't pause).

2. He almost starred as Edward Cullen in "Twilight." Imagine how different Hollywood would've been if that would have happened ... (talking to you, K-Stew!).

3. It doesn't stop there, Henry was almost cast as James Bond in "Casino Royale" but lost the part to Daniel Craig.

4. The Brit was supposed to play Superman in the 2006 adaptation of the comic book story, but was dropped when Bryan Singer came along to direct the film. Although he was upset, he told Huffington Post he "could more accurately represent this incredible character [in "Man of Steel"]” because Henry has more years of acting experience under his belt.

5. The actor didn't read comic books when he was a kid. Henry explained on “Good Morning America” that although he wasn't into the comic scene as a boy, he did run around the garden with a towel around his neck, and pretend to be Superman as he'd beat up his four brothers.

And sorry ladies, he's currently taken. And his girlfriend will kick your butt -- it's "Fast and Furious 6" star Gina Carano.

We are excited to see the hunk suit up in the muscle-hugging Superman costume! Make sure to check out "Man of Steel" in theaters June 14 -- and click "Launch Gallery" above to see sexy (and shirtless) shots of the super stud!