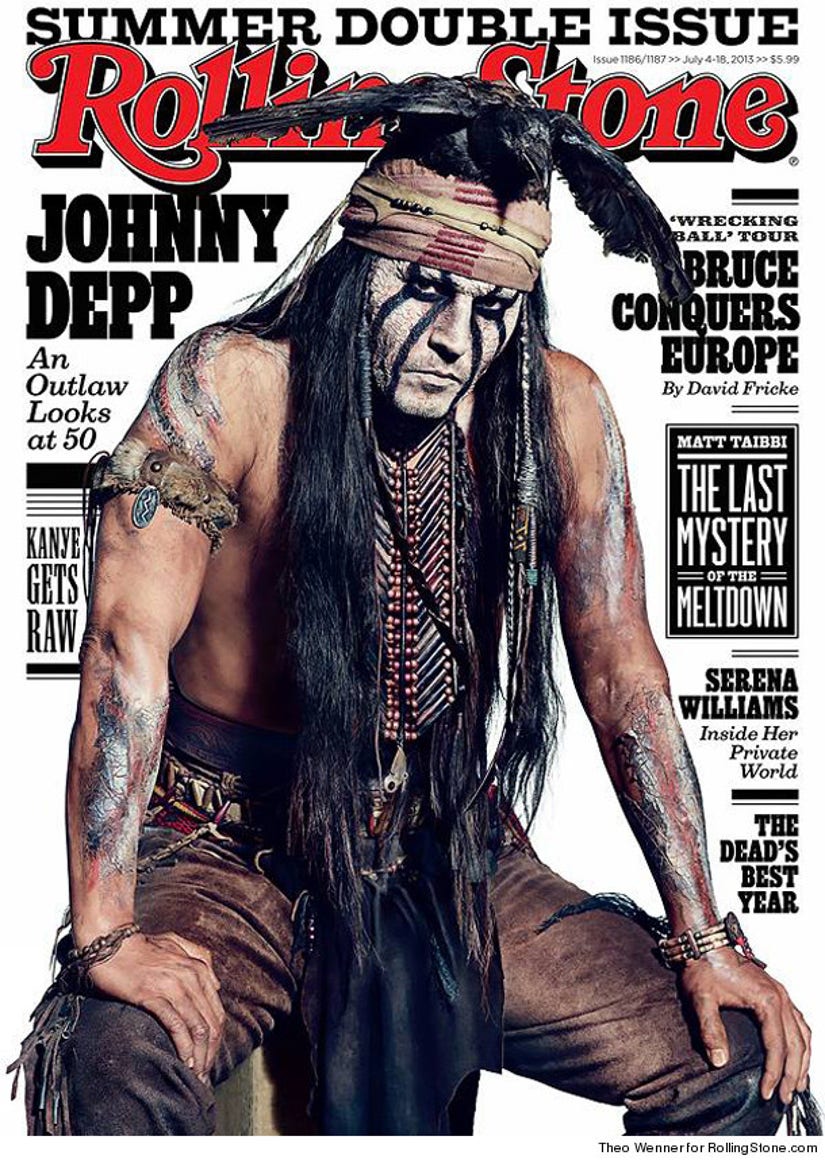 Johnny Depp may have recently fallen out of a relationship with his long-time partner Vanessa Paradis, but that doesn't mean he's fallen off the wagon!

The actor graces the July issue of Rolling Stone where he opens up about his newly single status and staying sober.

"The last couple years have been a bit bumpy," he admits. "At times, certainly unpleasant, but that's the nature of breakups, I guess, especially when there are kiddies involved."

"Relationships are very difficult," he adds.

But just because things came to an end with Vanessa, Depp has still been able to maintain a civil relationship with the mother of his two children.

"It wasn't easy on her. It wasn't easy on me. It wasn't easy on the kids. So, yeah. The trajectory of that relationship – you play it out until it goes, one thing leads to another. So for whatever reason that ceases, it doesn't stop the fact that you care for that person, and they're the mother of your kids, and you'll always know each other, and you're always gonna be in each other's lives because of those kids. You might as well make the best of it," he says. 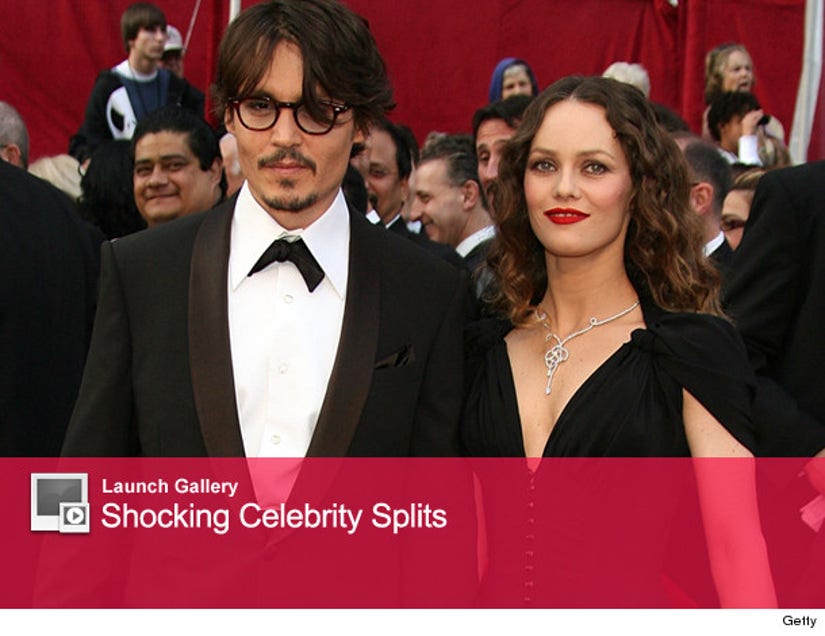 While Johnny is not in a serious relationship at the moment, he has been linked to his "Rum Diary" co-star Amber Heard.

At 50-years-old the actor has finally found a balance -- he no longer turns to booze to deal with his troubles and most notably, breakups.

Johnny has been known to trash a hotel or two when there's trouble in paradise (a la his infamous splits with exes Winona Ryder and Kate Moss) -- but with his binge drinking days behind him, he's much more rational and clear minded.

"In terms of the breakup, I definitely wasn't going to rely on the drink to ease things or cushion the blow or cushion the situation," says the actor. " 'Cause that could have been fatal. I felt it was my duty to be real clear throughout that. I had something pretty serious to focus on, really, which was making sure that my kids were gonna be cool."

Not drinking has allowed Depp to deal with his breakup better, and most importantly, take care of his kids in the midst of their family strain.

"They've been incredibly understanding, incredibly strong throughout the whole ordeal," he says. "And it's hard on every side. You know, Vanessa's side, certainly not easy. My side, not easy. The kids are the most complicated. The thing is, kiddies come first. You can't shield them, because then you'd be lying. So you can at least be honest with your kids, and you say the absolute truth to your child – that was very important to not pussyfoot around," he reveals.

To see Johnny's full interview with the mag, make sure to pick up the July issue of Rolling Stone on stands now!

Are you excited to see Depp in "The Lone Ranger"? Sound off below and click "Launch Gallery" above to see more shocking celebrity splits!