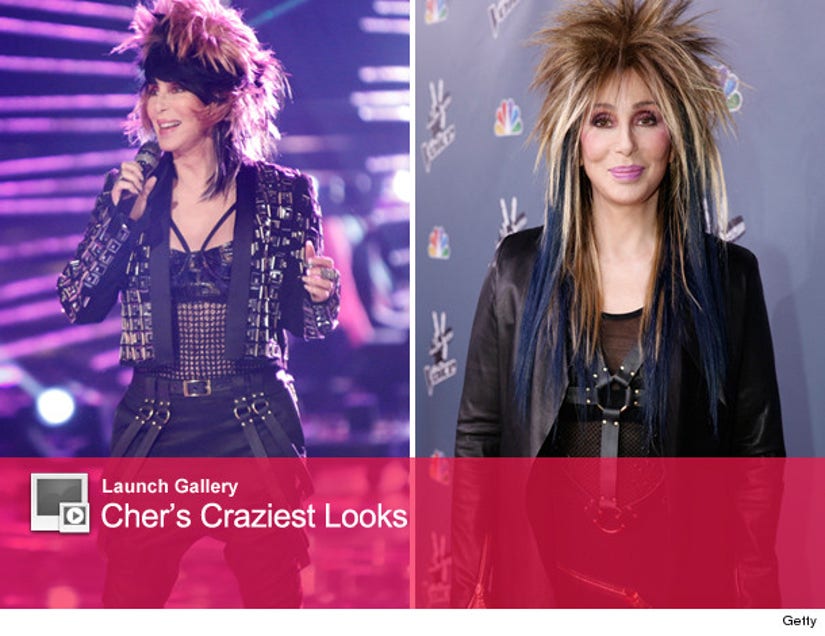 Christina Aguilera wasn't the only one showing some stomach on "The Voice" last night -- so did 67-year-old Cher!

The singer performed her new song "Woman's World" on the season finale on Tuesday, where she showed off her latest pair of ridiculous wigs.

And yes, even she knows they looked crazy.

"Who wants to talk about my AMAZING HAIR !!! Lmao ! So many HILARIOUS DESCRIPTION," she tweeted after the show -- revealing her favorite was "Cher's wearing Puppies on her Head."

We can totally see it.

She also was sporting some of Justin Bieber's drop-crotch pants while she sang ... and wore some bondage gear on the red carpet for the after-party.