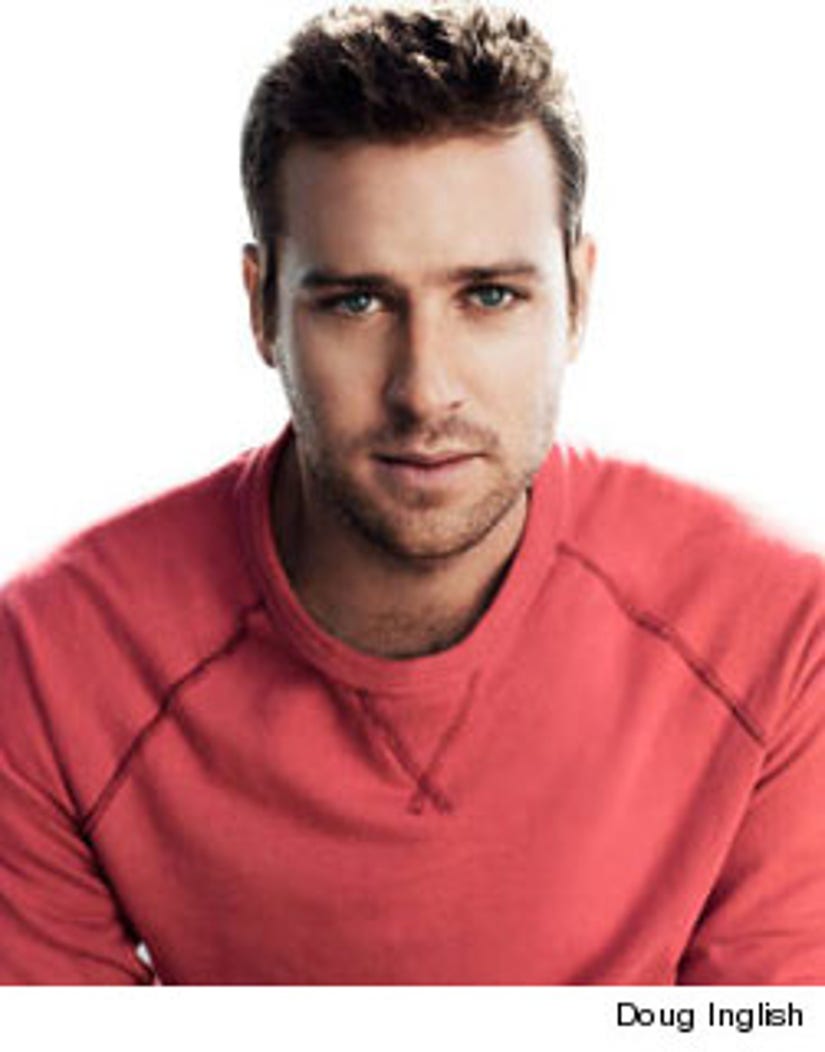 The "Long Ranger" star spreads the July issue of Elle magazine where he opens up about his crazy dating history and his current marriage with model/TV journalist, Elizabeth Chambers.

When the 26-year-old was still trying to break into the industry, he had a few wild (and dangerous!) Hollywood-esque relationships along the way.

"One chick tried to stab me when we were having sex," the actor reveals. "I should so not be telling this story. She was like, 'True love leaves scars. You don't have any.' And then she tried to stab me with a butcher knife. Of course I promptly broke up with her ... seven months later."

But luckily for Armie, he was able to land and lock down his "soul mate," Elizabeth ... who was in another relationship at the time he was pursuing her!

So what convinced Chambers to leave her current boyfriend for Hammer? This incredibly romantic speech:

“I was like, 'You have to break up with your boyfriend because we have to start dating.' Her mouth kind of fell open. I said, 'You were made for me,' and she got this look on her face like” -- 'Don't you even,'”Armie explains.

“I was like, 'Wait, wait! And I was made for you. We were made to be together. So we can do this 30 years from now, when I've gotten married a couple of times and you've gotten married a couple of times, or we can start now and end up 60 years from now sitting on a porch in rocking chairs, talking about how good an adventure the whole thing was.'”

Talk about the whole package -- romantic, sexy, smart and talented. We would have done the same thing as Elizabeth, say "I do."

Make sure to to check out Elle.com for Armie's full interview and see "The Lone Ranger" when it hits theaters July 03!