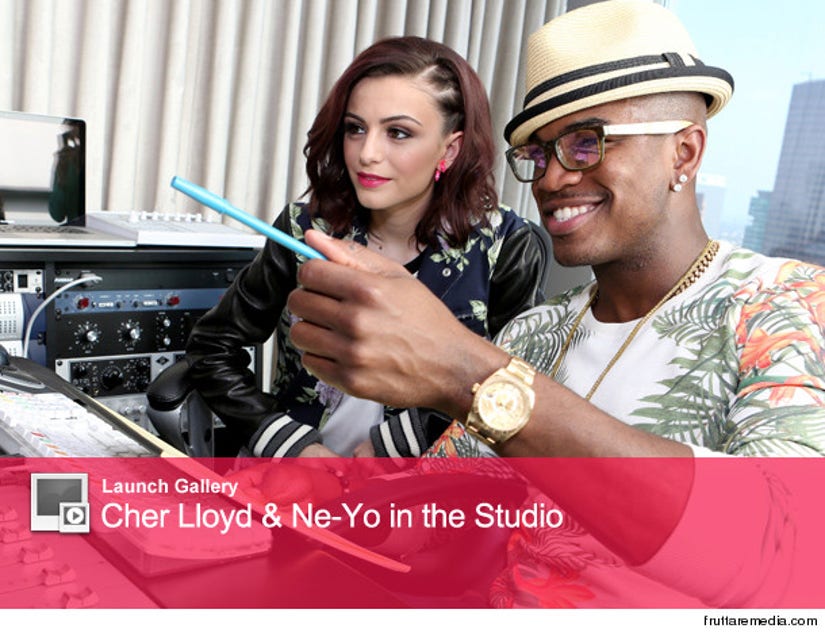 Cher Lloyd is a busy girl these days!

Between wedding planning, her new single and being a role model, it seems like the British pop-star has a lot on her plate.

toofab's Candice Brock chatted with the "Want U Back" singer about her collaboration with Ne-Yo, her upcoming nuptials, and her advice for today's troubled starlets.

Cher, whose new single "It's All Good" with Ne-Yo dropped earlier this week, spoke candidly about working with the R&B recording artist. Turns out the two really hit it off.

"It was brilliant working with him, he's so laid back,” Cher says. "He's just a really nice person, and from the very beginning we just clicked, as artists, and I think that's very important when you're actually collaborating."

Cher and Ne-Yo partnered with the fruit bar brand, Fruttare, to create the original song. The single is the first of its kind -- as fans had the opportunity to contribute to the lyrics by sharing their "It's All Good Moments" with the superstars through social media.

Take a listen to the song below!

The writing experience was a first for Cher as well.

"I feel like we got a lot out of this in the way that we have been able to connect with our fans, and actually have them involved in the song. They actually sent submissions through with song ideas," Cher revealed.

Even though the singer uses social media to connect with fans in all different ways, that doesn't mean she's an open book. There's still one subject Cher remains tight-lipped on: Her upcoming wedding with fiancé Craig Monk.

"I think I'm a very private person and my life is so out in the public that this is that one thing for me that is for me. I have made the decision that although I love my fans dearly, I want this moment to be my moment and I want to share it with my future husband," she told us. "I feel very excited about the day and I'm sure that once the wedding is done, then I will share with my fans how my day went."

Another reason why Cher's future nuptials will definitely remain private? "I don't want other girls stealing my ideas! I want to be original!"

Despite being a private person, Cher gives her fans as much as she can, and credits them with making her who she is today.

For someone so young, Cher really has her head on straight -- she even had some surprising advice for today's misbehaving young stars (ahem, Amanda Bynes).

"We need to take a step back and think through the times that we have done something silly or done something that we regret, and understand that a celebrity is in the spotlight, everything that they do is recorded or talked about. So my heart goes out to these stars that are having a difficult time, and I really don't criticize. I'm a very positive person and I just hope that everyone else can find that positivity and actually feel sorry for that person."

Be sure to check out Cher's new song "It's All Good" featuring Ne-Yo and their studio photos in the gallery above, and stop by Fruttare's Facebook page for more information about their collaboration!