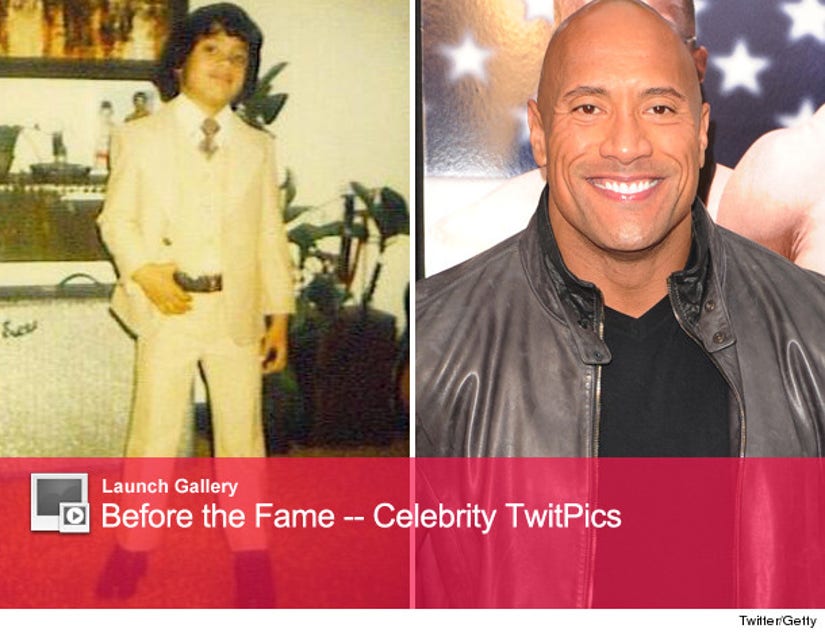 It's Dwayne "The Rock" Johnson! He'd grow and flash another belt -- as a eight-time WWE Champion. The wrestler has become one of the most prolific actors. This year alone, Johnson appeared in "Snitch," "G.I. Joe Retaliation," "Pain & Gain" and "Fast and Furious 6."

Johnson's earned a reputation as a franchise fixer, "Retaliation" made $70 million more than "The Rise of Cobra," while "Fast and Furious 6" has been the biggest earner of the series -- more than three times the first three movies combined!

There's rumors Johnson will be part of "Terminator 5" opposite another theatrical titan, Arnold Schwarzenegger. But for now, he's putting his huge muscles to work in Brett Ratner's "Hercules."

And while he was still small in this pic, by the time he was a teen he was pretty buff, as this picture proves. Click on the "Launch Gallery" link above to see more celebrities before the fame!