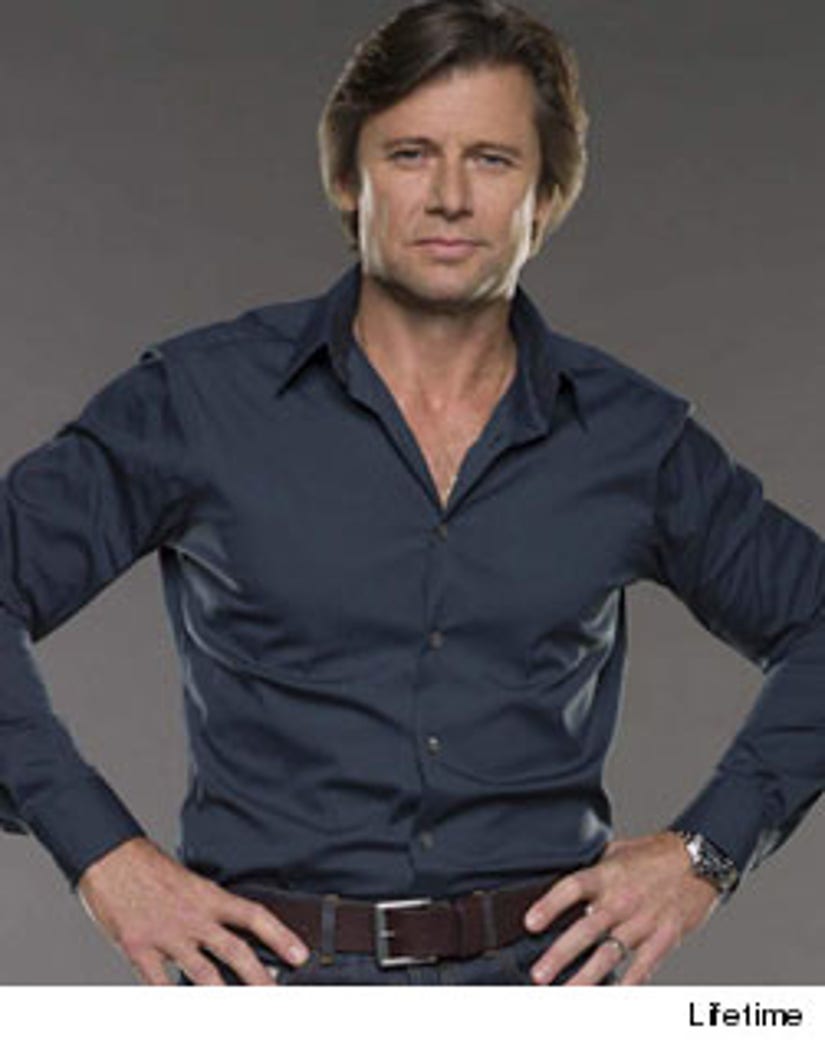 It's hard to believe, but it's been 20 years since hunky Grant Show motorcycled his way onto the small screen as Jake Hanson on "Melrose Place."

Read on to see what Grant says about his new role and all the gossip from "Melrose Place" days.

toofab: How is Spence different from the characters you've played?

Grant: He's a little bit of a buffoon. He's nice but doesn't always get it right. In the last 10 years I've played many cads. It's harder to play nice people on TV because they're not the most interesting. We work to make them interesting.

toofab: [Creator] Marc Cherry is known for injecting a lot of humor in his shows ("Golden Girls," "Desperate Housewives"). How is it working on the show?

Grant: I wouldn't say comedy is my forte, but funny things happen to Spence. You'll have to watch.

toofab: Have you had scenes with Susan Lucci? This is her first big role since "All My Children" was canceled.

Grant: I haven't been in a scene with her yet. But maybe in Season 2!

toofab: There's been a lot of controversy about the show focusing on Latino women as maids. What do you think?

Grant: They're not just Latino maids, they're people. The story is told from their perspective. Personally, I think it's great to have a show with six Latin leads. This show is the evolution of a show like "Melrose Place." It's more sophisticated. If we want the fights and drama we go to the "Real Housewives" for that.

toofab: Speaking of "Melrose Place," who do you keep in touch with. You all reunited last year.

Grant: Heather [Locklear] and I used to keep in touch, but I got married. Daphne [Zuniga] and I talk. She's doing more producing and documentary. It was great seeing them last year. Everyone looked great. In fact I joked we all look so good they should just pick up "Melrose Place" where we left off.

toofab: What was the most outrageous plotline?

Grant: The most outrageous thing is when Kimberly (Marcia Cross) blew up the building and no one died [Editor's note: guest character Mackenzie Hart was killed off]. I've been blown up twice and dropped out of a three-story building.

toofab: If you could kill off Jake, how would you do it?

toofab: So who would fans be surprised to learn hooked up on the show?

Grant: I don't think there was anyone dating that people didn't know about. I was dating Laura Leighton (Sydney) and Courtney [Thorne Smith] (Allison) was dating Andrew Shue (Billy).

Grant's new show "Devious Maids" premieres on Sunday, June 23. To see what his "MP" castmates have been up to -- one is serving time in jail -- click on the "Launch Gallery" below!