"The Real Housewives of Miami" return to Bravo this August, and we have your first look at Season 3!

So who's in and who's out? Lisa Hochstein, Lea Black, Adriana De Moura, and Joanna Krupa are all returning as full-time housewives, as is Alexia Echevarria, who had a reduced role last season due to her son Frankie's car accident.

Marysol Patton and Ana Quincoces have been demoted to recurring status (but thankfully, we'll still see more of Marysol's mama Elsa) and it appears Karent Sierra has been dropped (unsurprisingly, as she was the target of a lot of attacks last season).

Oh, did we mentioned there's boobs, too? Lots and lots of boobs. From Joanna's bikini line launch to well ... we don't know what's going on with all the toplessness, Season 3 is sure to be sex and scandal-filled. Just the way we like! 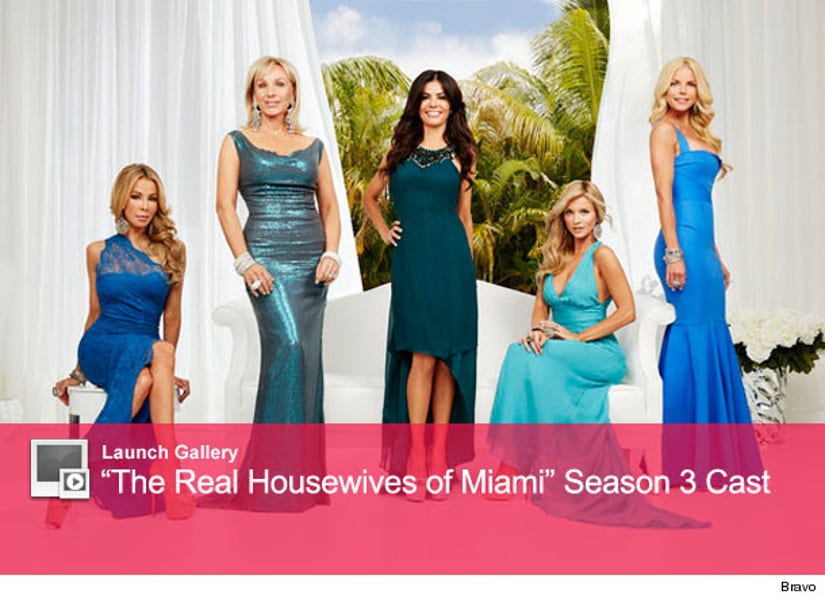 "The Real Housewives of Miami" return August 12 on Bravo.