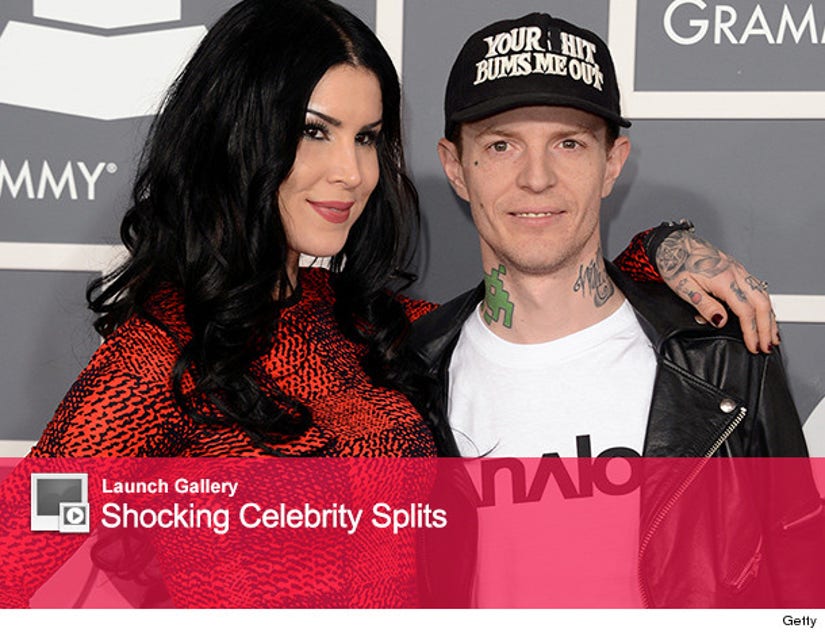 Looks like all is not fair in love and tattoos -- Kat Von D and Deadmau5 have called it quits!

On Wednesday, the "L.A. Ink" star took to Twitter to share the news ... and some pretty serious allegations against her former DJ beau.

"Cheating on your loved one is the most hurtful thing one could do. I hate to have to admit, that this relationship is indeed over," Kat posted. "Onwards and upwards," she added.

Deadmau5 proposed to the tattoo artist via Twitter last December with a skull and black diamond ring, and the pair were planning to have an under-water themed wedding this year.

This would have been the 31-year-old's second trip down the aisle -- Kat was married to Oliver Peck from 2003-2007 and was previously engaged to Jesse James before saying "Yes" to the 32-year-old musician's social media proposal.

What do you think of the couple's breakup news? Sound off below, and click "Launch Gallery" above to see more shocking celebrity splits!

Deadmau5 posted this on his Facebook in response to Kat's allegations:

All i am saying on the matter:

Kat and I split in November and I moved back home to Toronto. During this time, while we were broken up, I did have relations with another woman. Following that, Kat and I reconciled and I acknowledged being intimate with another person while we were estranged.

We did move past those issues and I proposed to Kat in mid- December. At the end of June, it was clear that the relationship was not working and we mutually ended the engagement. I was not, at any point, unfaithful to Kat during our time together.

I don't wish to go tit for tat with these kinds of pronouncements and don't expect to comment further, but I do believe that those who have expressed concern deserve a more complete understanding of what transpired.

Shorty after Kat tweeted, "@deadmau5 what about the pregnancy, maybe you should post a Facebook blog about that too?," and later deleted it. 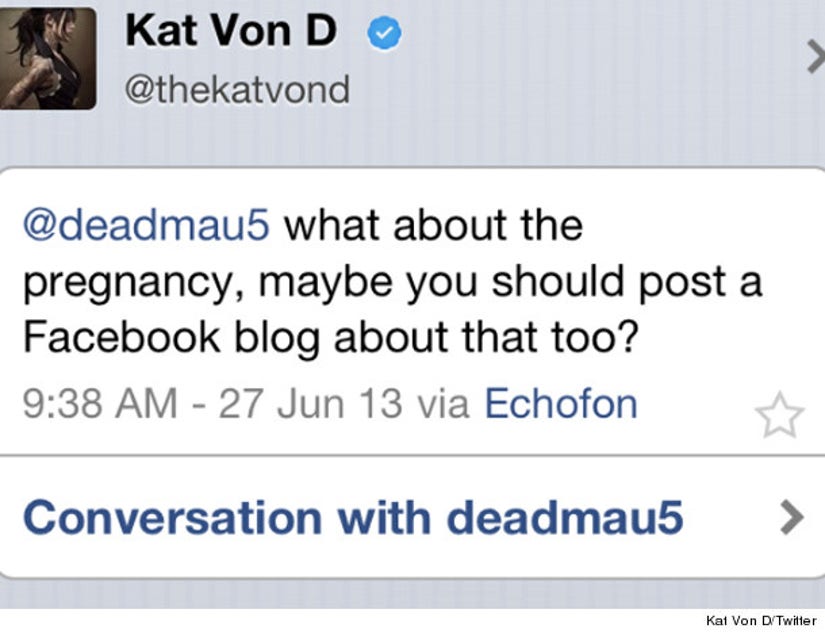