Bravo has kept mum about the upcoming "Real Housewives of Beverly Hills" cast, but toofab's Candice Brock was the only reporter to speak with both rumored new housewives Wednesday night.

Veteran housewife Kyle Richards hosted a David Lerner Fashion Show at her Kyle By Alene Too boutique, with proceeds benefiting the Children's Hospital of Los Angeles.

Brandi Glanville, Lisa Vanderpump and Kim Richards all showed up, as well as two women speculated to be joining the cast for Season 4: Joyce Giraud and Carlton Gebbia.

Of course, we didn't ask Joyce and Carlton outright if they were the new housewives (they're contractually bound not to answer), but we *did* get a glimpse of their personalities. Get your first look at them below; you'll immediately note Joyce's beauty pageant background and Carlton's British reserve (she reportedly hasn't chosen sides in the Kyle-Lisa drama, staying an observer for now):

Kyle confirmed reports that Taylor Armstrong has been demoted to recurring status, and that Camille Grammer will not appear at all. Of course, Adrienne Maloof quit the show last season.

That leaves Yolanda Foster unaccounted for, but the Dutch beauty confirmed to us she'll be back.

Which of the two rumored "Housewives" gave the better first impression?

Click on the "Launch Gallery" link below to see more of the "Housewives" in action. How great is it to see Brandi and Kim getting along? 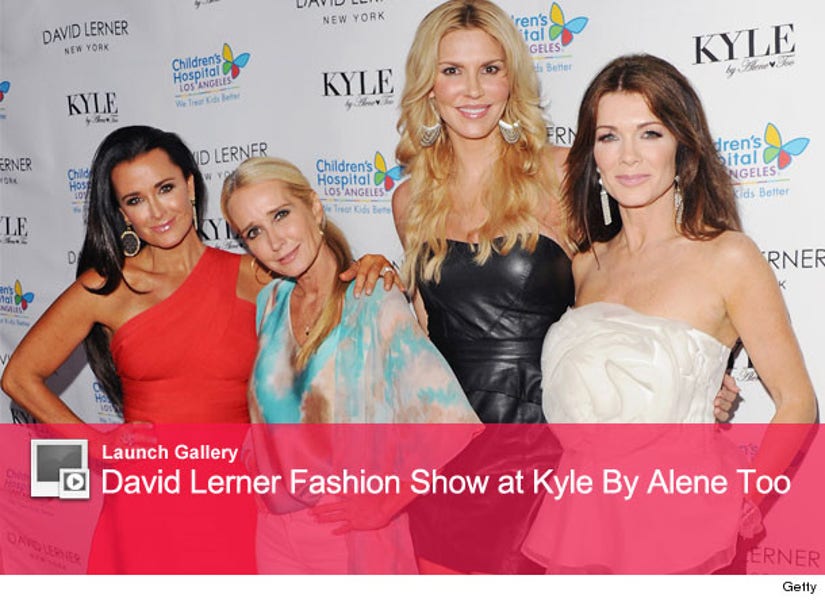