At least two celebrities announced their engagements after the Defense of Marriage Act was ruled unconstitutional and Prop 8 dismissed. 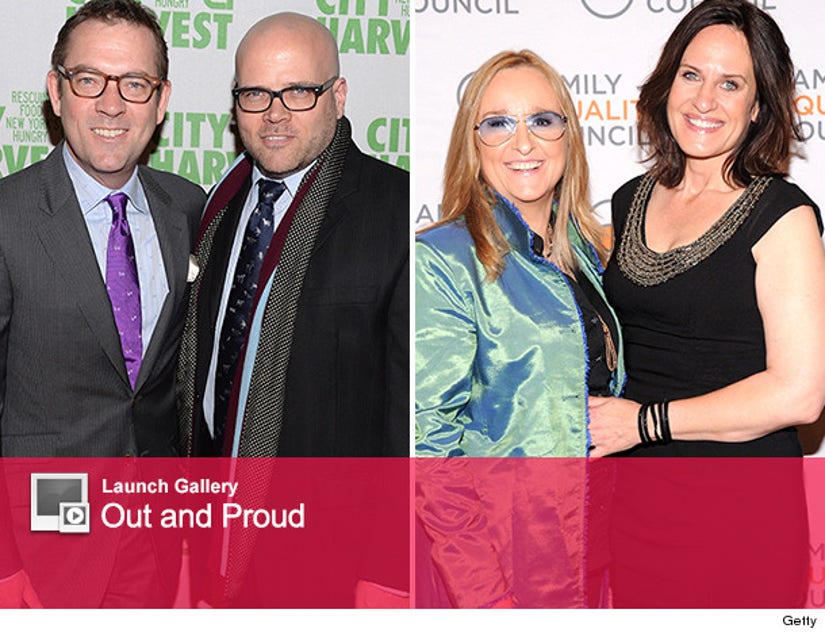 Ted Allen, the host of The Food Network's popular "Chopped" series, announced his plans to marry his longtime boyfriend. "Proud to announce on this historic day that my partner of 20 years, Barry Rice, and I are engaged to be married," the former "Queer Eye For The Straight Guy" personality tweeted.

"I look forward to exercising my American civil liberties," the rocker wrote, adding "and getting fully, completely and legally married this year to my true love of over three years, Linda Wallem."

Straight Hollywood couples celebrated the news, too. Kristen Bell, who once said she wouldn't marry until everyone could, proposed to her boyfriend Dax Shepard, and he accepted

Congrats to ALL the couples who can now wed legally in the United States. Click on the "Launch Gallery" link above to see more out and proud celebrities.