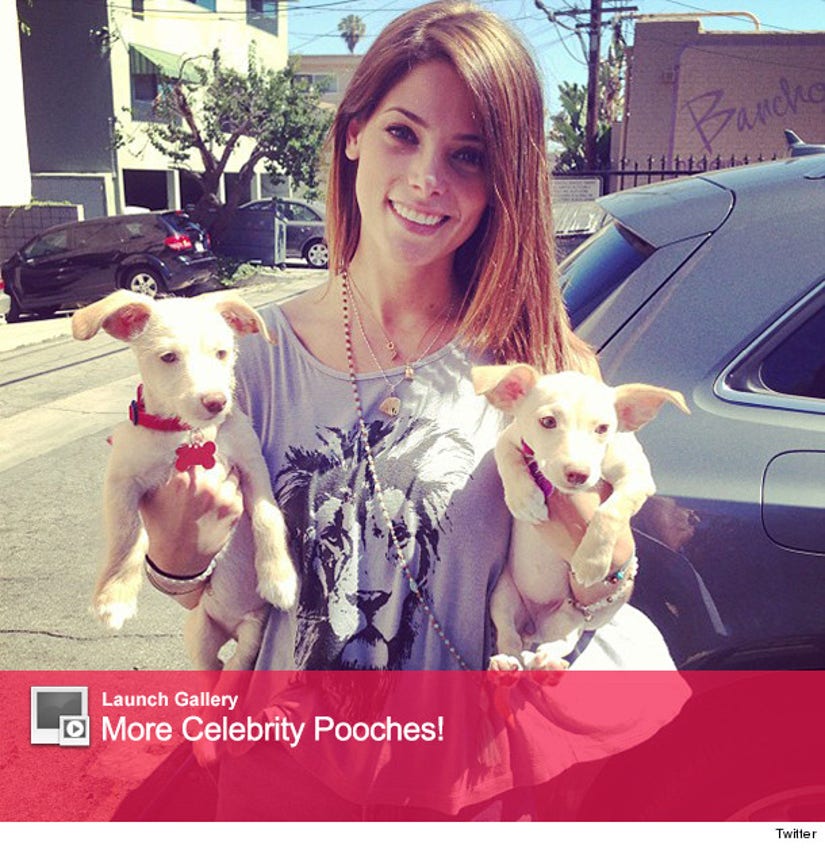 On Thursday, the "Twilight" star posted a photo of her holding two adorable white puppies. Greene tweeted, "Today felt like a great day to rescue a puppy ... Or Two! I couldn't take a brother without his sister!..."

In March, Ashley lost one of her beloved pups to a fire when her West Hollywood apartment went up in flames.

The actress was sleeping when her sofa caught on fire from a candle -- and when she ran out of the burning building with her boyfriend, they accidentally left her dogs inside. Firefighters managed to save one of 26-year-old's two pups, but she sadly lost the other.

We think it's great that the brunette beauty rescued these cuties, and we're sure she's been feeling a void since she lost her former fury pal.

What do you think of Ashley's new puppies? Tell toofab in the comment section below, and click "Launch Gallery" above to see more celebrity canines!