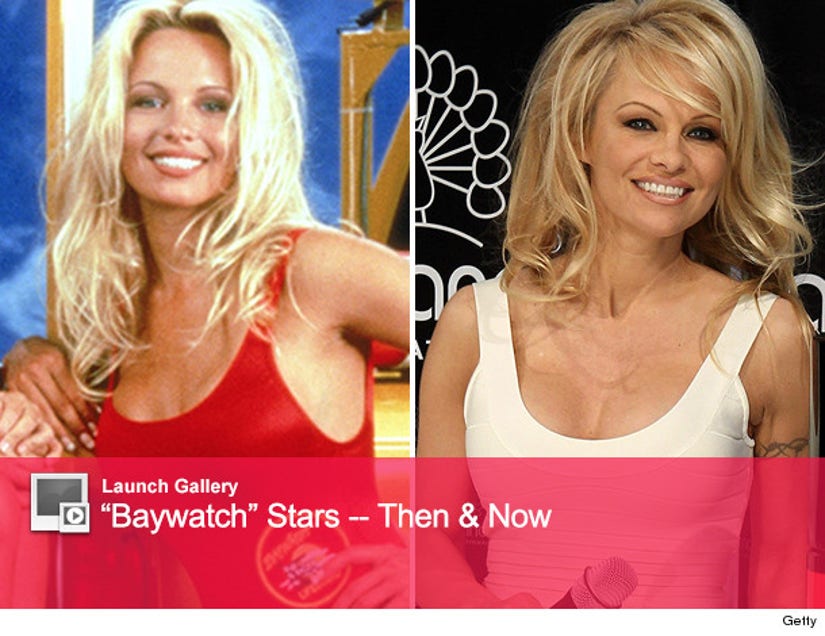 Pamela Anderson may not be running on the beach these days in a bikini, but she still looks good!

The former "Baywatch" star turns 46 years old today -- can you believe it's been 12 years since C.J. Parker was saving lives in that sexy red swimsuit?

Since starring on the popular drama, Anderson has continued to steal the spotlight -- flaunting her assets on the big and small screen.

Currently, the blonde bombshell has a recurring role on the TV series "Package Deal" and she has a cameo in the upcoming comedy "Jackhammer."

We love watching the sexy star do her thing, and can't wait to see what she does next.

Have the rest of the "Baywatch" cast members fared as well? Click "Launch Gallery" above to find out how Jeremy Jackson, Kelly Packard, David Charvet, Brooke Burns and the rest of the gang have aged!