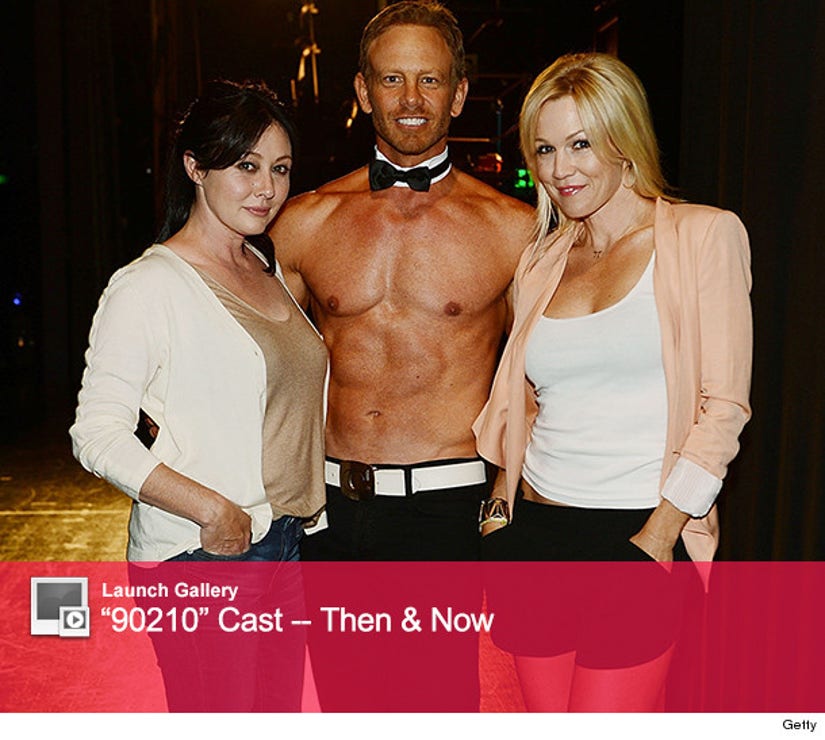 Las Vegas is 300 miles from Beverly Hills, but that didn't stop a mini "90210" reunion from happening in Sin City.

"Chippendales is a very interactive show and we managed to surprise them both by including them on stage in a few production numbers," Ian told People. "I was very flattered by their comments. And judging by their reaction, I know they had a great time."

Sounds like the 49-year-old and his toned troupe put the strip in Strip. A smiling Jennie wrote in an Instagram pic, "I don't know what to say," surrounded by the shirtless studs.

Click on the "Launch Gallery" link above to see what the rest of the "90210" cast has been up to since signing off in 2000. One became an Oscar winner, and pleaded no contest to vehicular manslaughter!