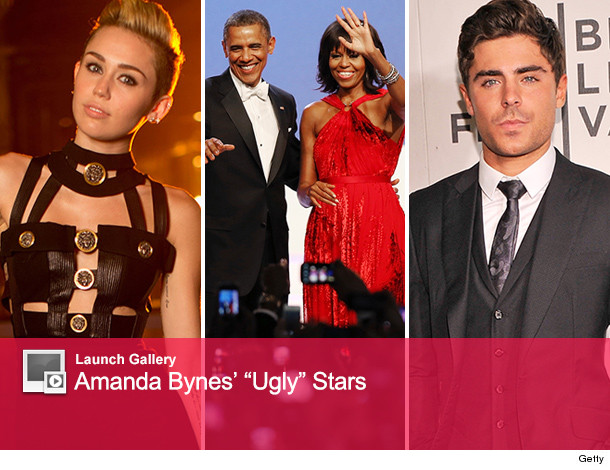 Somebody needs to take Twitter away from Amanda Bynes!

On Monday, the former actress took her infamous Twitter rants too far when she called the President of the United States, Barack Obama, and the First Lady, Michelle Obama﻿, her favorite putdown: "Ugly."


Amanda's erratic behavior first gained media attention earlier this year, and it seems like the 27-year-old is getting pretty desperate these days to stay in the spotlight -- whether it's calling people names, threatening to sue publications or promoting her alleged rap career.

Clearly, nobody's taking Amanda or her Twitter seriously anymore, but today's post did ignite a new backlash against the troubled starlet.

From tweets asking Bynes to "Respect the President" to others posting "you're not cute either," Amanda definitely got a reaction from the public.

To prove just how crazy Amanda's name calling has gotten, check out everyone the "She's the Man" star has called "ugly" (so far!) in the gallery above.

And just for fun, take a look at some of her strange "selfies" in the gallery below.