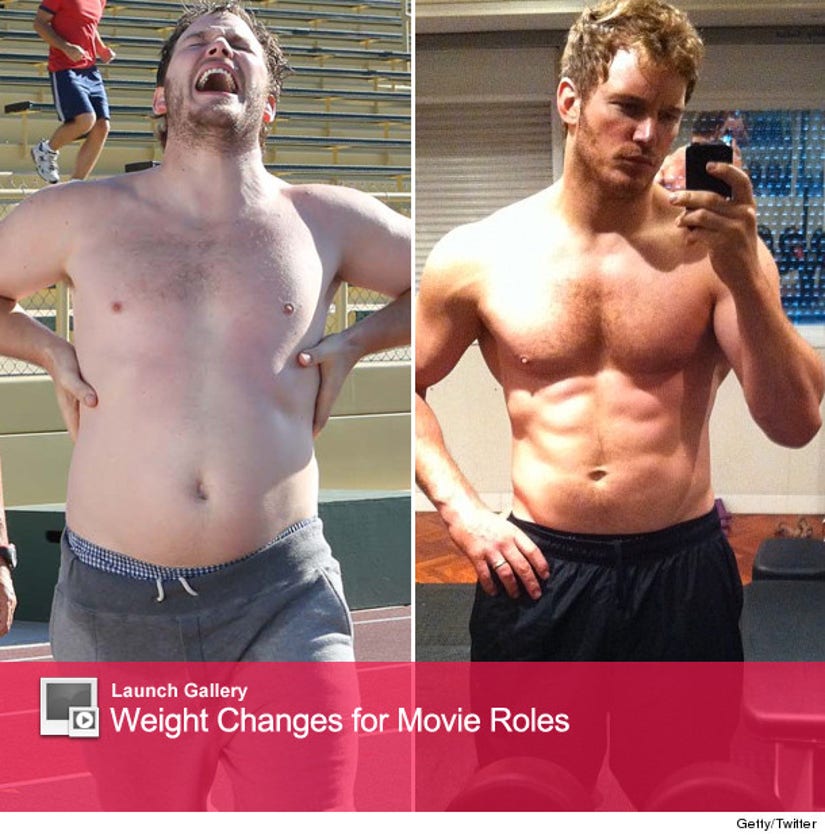 Chris Pratt's six-pack is back!

The "Parks and Recreation" star showed off his incredibly impressive physique on Twitter over the weekend -- revealing how he rebounded from gaining 60 pounds for a movie role.

"Six months no beer," the actor tweeted along with the revealing pic above (right). "Kinda douchey to post this but my brother made me."

While the actor is getting seriously buff for his upcoming role in Marvel's "Guardians of the Galaxy," it's not the first time he's been in tip-top shape.

Last year, Pratt was in his prime after playing a Navy SEAL in "Zero Dark Thirty" -- but had to pack on 60 lbs for another movie immediately after filming.

See him explain his ballooning figure below on "Conan" and check out more stars who have seriously altered their appearance for a movie role in the gallery above.