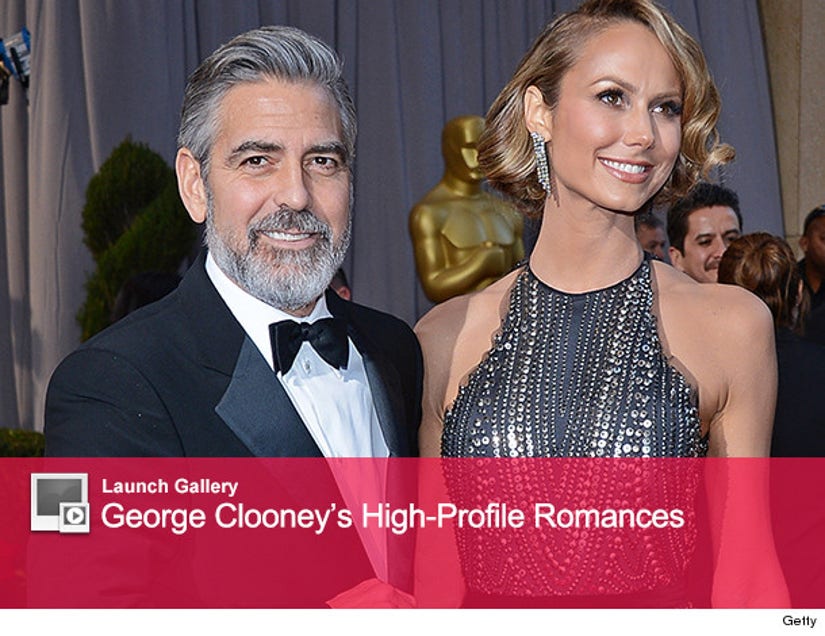 George Clooney has left another beauty in his wake, as it's now being reported that he and Stacy Keibler have split after two years together.

Rumors of a breakup started after the two spent 4th of July apart -- Clooney was in Lake Como, Keibler in Malibu. They also haven't been photographed in public together since February.

So, what went wrong?

"Stacy called it quits. She wants to have children and a family someday. She knows where George stands on that," a source tells PEOPLE. "They talked and they quietly stopped being a couple several weeks ago."

Did you think this would be the relationship that would last? Or are you not surprised the day has finally come?

Sound off below -- and see more of Clooney's famous exes above.