Who knew shaving could be so sexual?!

On this week's episode of "True Blood," show newcomer Rob Kazinsky had a very intimate shaving scene with Ryan Kwanten during an erotically charged dream.

And while it looked hot on camera, it was a totally different story behind the scenes.

Check out the video above to see what Rob told toofab's Lawrence Yee about shooting the seductive scene at Tuesday night's "Pacific Rim" premiere.

And, in case you missed it, watch the original video below:

Kwanten wasn't the only one Rob was getting hot and heavy with this week though.

He also had a serious makeout scene with Anna Paquin -- and not only did her husband/costar Stephen Moyer approve, he also watched while they were filming!

"Steve was incredibly supportive and they're so secure in their relationship," Rob tells toofab. "After a quick conversation with him to make sure he was O.K. with it, we just went for it. He was there and it was great."

Want to see more of Rob? Check out "Pacific Rim" when it hits theaters at 7pm on Thursday! 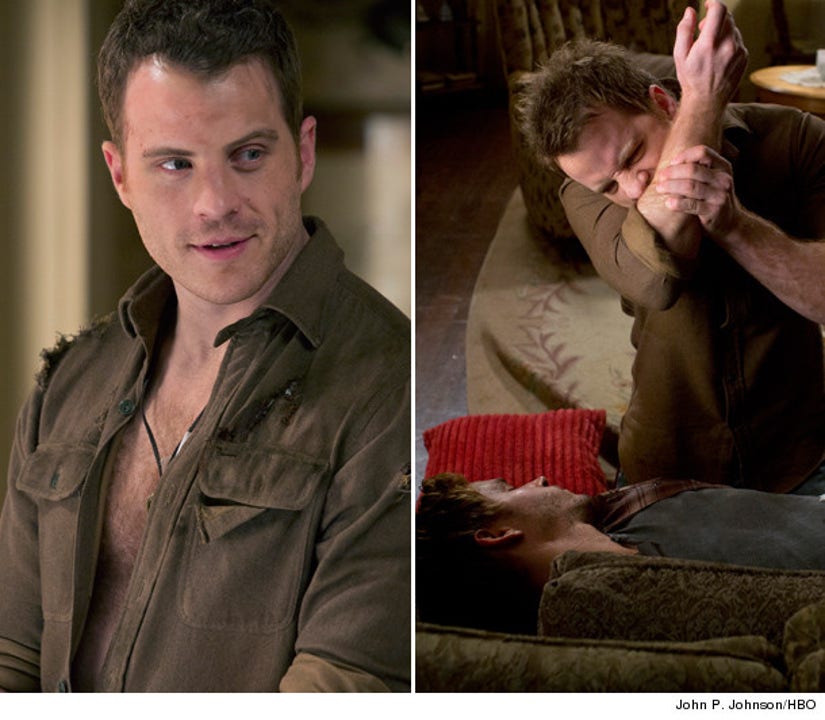