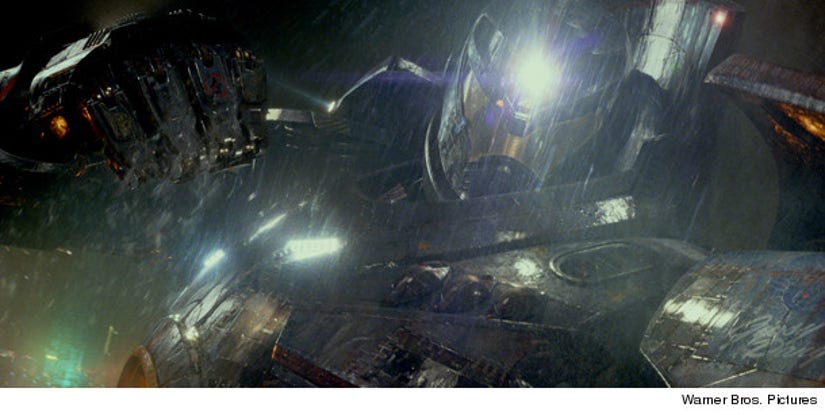 Mark our words: "Pacific Rim" will be the standard all future monster movies will be judged against.

Director Guillermo del Toro, best known for his stunning work in "Pan's Labyrinth" and the "Hellboy" movies, bring giant monsters and robots to life in the big budget blockbuster, which opens in 2D, 3D and IMAX tonight at 7pm.

"Pacific Rim" is set in the near future. The planet is under siege by monstrous kaiju, a threat not from outer space, but from a dimensional rift deep in the ocean.

The colossal mechanized war machines known as jaegers are initially successful at deterring the creatures, but as the kaiju attacks increase in ferocity and frequency, terrible losses mount.

The Pan Pacific Defense Corps gathers its remaining jaegers in a last-ditch effort to close the rift. With so few left, washed-up pilot Raleigh Becket (Charlie Hunnam) is called into action, though he's reluctant to enlist after suffering a personal tragedy. Complicating matters is that jaegers require two operators; the Corps -- and Raleigh -- must put their fate in an untested pilot Mako Mori (Rinko Kinkuhci).

The plot is uncomplicated, serving as a vehicle for the spectacular CGI battles between the kaiju and jaegers. The jaegers are a site to behold, four stories tall. del Toro keeps their designs clean and realistic so viewers can easily follow the action (unlike the overly flashy "Transformers"). Equally impressive are the kaiju. They emerge from the water and quickly fill the entire screen -- truly terrifying masses of scales and claws. 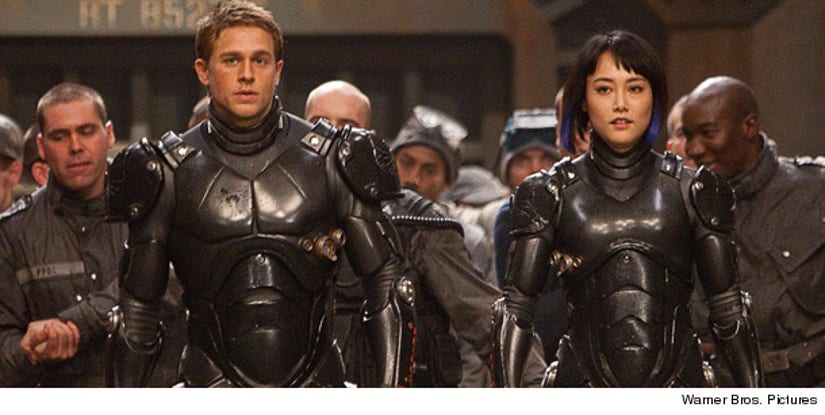 The battles are heightened by Ramin Djawadi's ("Game of Thrones") pulse-pounding score. The action puts the fights in "Man of Steel" to shame -- cities are leveled and in one scene, an oil tanker is used as a bat!

But make no mistake -- "Pacific Rim" is no romance or comedy. This is a genre film for a fanboy audience, created by the ultimate fanboy himself, Guillermo del Toro. Audiences expecting a eye- and ear-popping spectacle will definitely get more than their money's worth. Sit down, strap yourself in, turn your brain off and prepare for sensory overload.

Giant robots not your thing? Check out our review of the animated family film "Despicable Me 2."