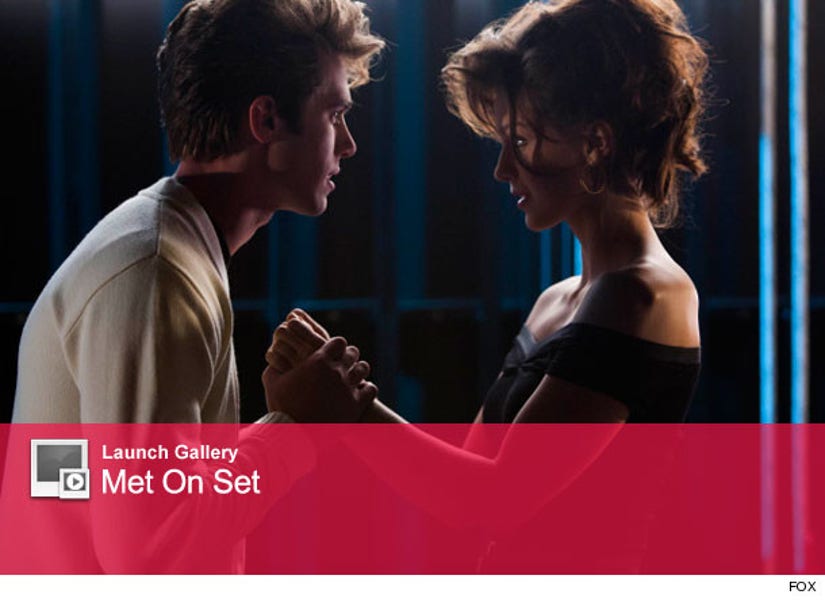 There's going to be a lot more "Glee" on the set of the FOX musical -- two of its stars are getting married.

Melissa Benoist (Marley) and Blake Jenner (Ryder) are engaged, Us Weekly reports. Both actors joined the cast last season; Blake earning his role as the winner of Season 2 of "The Glee Project."

The news came as a surprise due to the couple's relatively low profile. In fact, it was only in May that Blake, 20, confirmed he was even dating Melissa, 24, during a live chat on "ET Canada."

On the show, Marley is torn between Ryder and Jake, played by Jacob Artist, but Melissa has clearly chosen one in real life!

Melissa and Jake aren't the real-life couple on the show. Lea Michele (Rachel) and Cory Monteith (Finn) also dated. Click on the "Launch Gallery" above to see more couples who met on set.

Melissa, Blake, Lea and Corey are all set to return for Season 5 this fall, but other familiar faces won't be. Find out who was cut from "Glee" here.