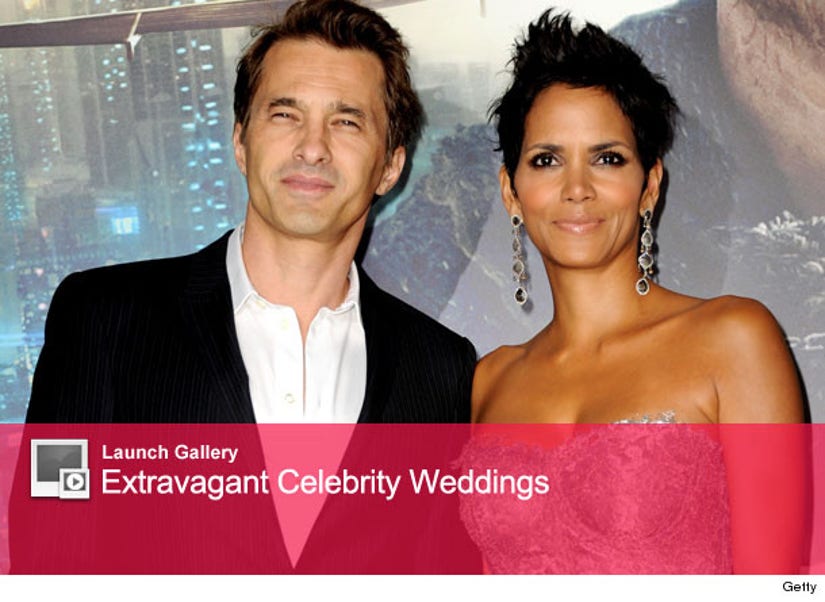 The couple tied the knot in a ultra-private ceremony at Chateau de Conde.

Photos from the ceremony show the bride, who is expecting a son, in a sleeveless white dress with sparkling embellishments on the shoulders. Her hair appeared to be in a medium-length pixie cut.

According to reports, a civil union was held first (in accordance with French law), followed by a religious ceremony.

It's the first marriage for Olivier, 47, who was previously linked to pop star Kylie Minogue. Halle, 46, has been married twice before, to baseball player David Justice and singer Eric Benet. Hopefully the third time's the charm!

For more extravagant celebrity weddings, click on the "Launch Gallery" link above!