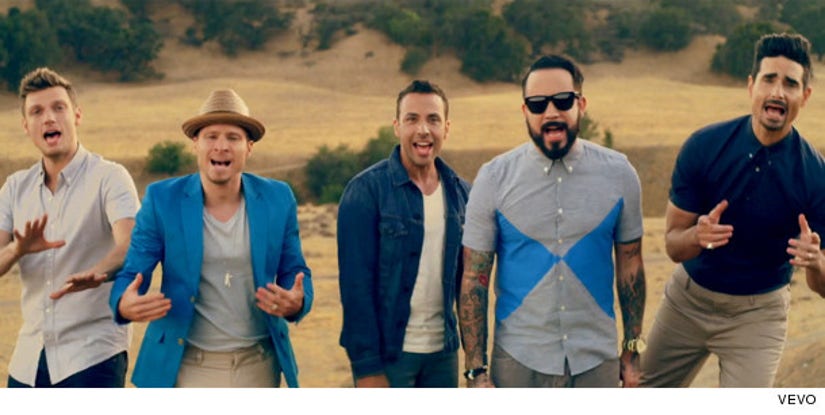 While their rivals 98 Degrees are touring with Boyz II Men and NKOTB as part of The Package, the Backstreet Boys just put out a new single -- and we kinda like it!

"In A World Like This" is the title track off their new album, out July 30th. It's their first with Kevin Richardson, who left the group back in 2006. Check out the upbeat song (with an unexpected social message at the end) below:

The guys still look pretty good -- AJ McClean's new hair is filling in and Nick Carter still has a babyface at age 33.

Check out what other former teen idols look like now by clicking the "Launch Gallery" below!