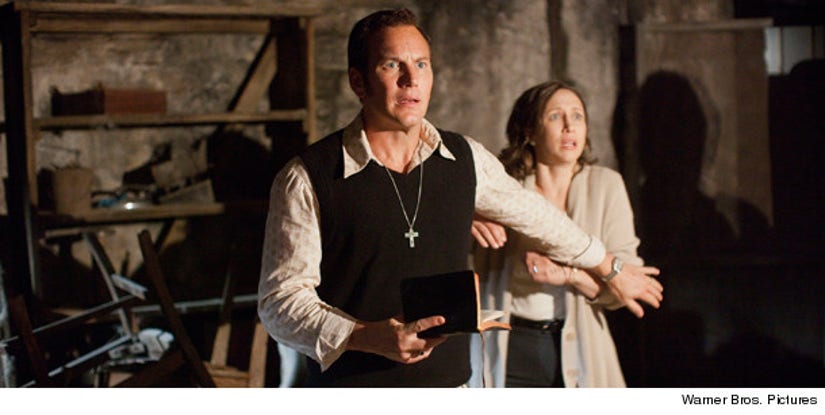 "The Conjuring" is an uninspired horror movie inspired by real-life events.

But it does deliver in the scares, which had this reviewer yelling out "oh s--t" during one supernatural staircase scene.

The film, which opens Friday, tells the story of the Perrons, a family of seven who relocate to a remote farmhouse. After they are terrorized by a malevolent force, they call upon husband-and-wife paranormal investigators Lorraine and Ed Warren (Vera Farmiga and Patrick Wilson).

The Warrens investigate the home and learn its dark past, and in doing so put their own lives at risk. While researching their roles, Wilson and Farmiga spent time with the real Lorraine Wilson in her home. Farmiga "wanted to absorb her essence" and the actress (who just earned an Emmy nod for her turn in "Bates Motel") delivers. She has one of the best "fear faces" in the business. So does Lili Taylor, who plays the terrified and tortured Perron matriarch Carolyn. 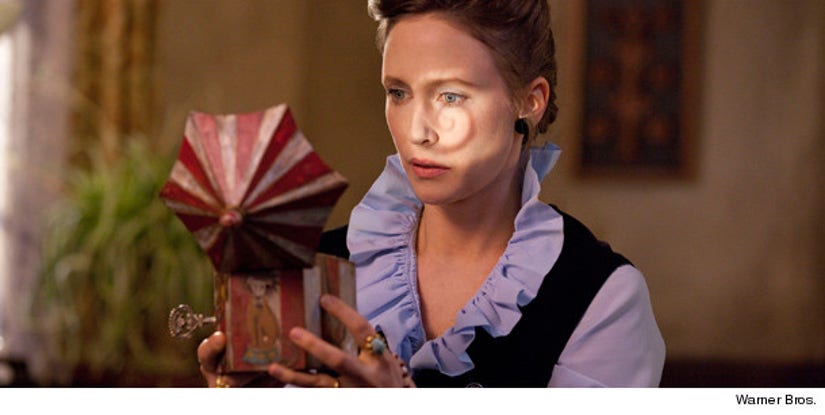 Unfortunately, Wilson's acting falls short, and does Ron Livingston's, who plays Perron patriarch Roger. They're both good actors, but the '70s dialogue -- and/or the simple script -- don't let them shine. The child actors who play the five Perron girls, including "Twilight's" Mackenzie Foy, are surprisingly convincing. And John Brotherton provides some comic relief as a skeptical cop.

As mentioned above, the scares are effective. They're heavy on the suspense and light on the gore, which adds to the believability of the film (no super bloody CGI effects here). However, there's a lot of bloat in the film (notably a second family subplot) that could be omitted from it's nearly 2-hour running time.

"The Conjuring" doesn't bring anything new to the horror genre, but if you're looking for a filling freakout, see the film. You can check out the extended trailer below, but be warned that it gives away some of the best scares.