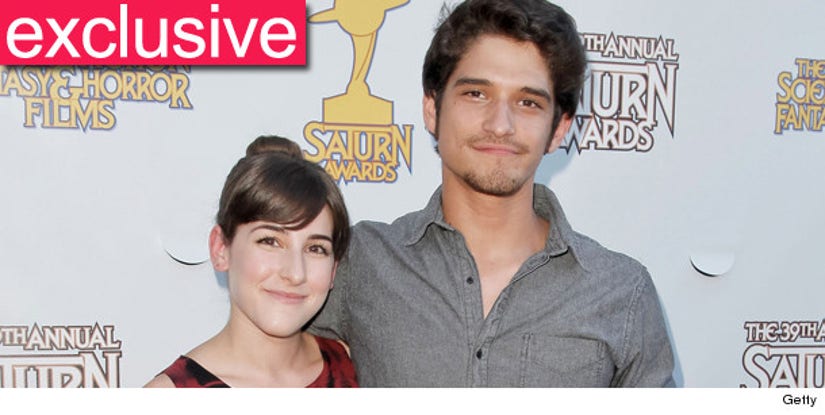 Sorry ladies! Tyler Posey is officially off the market!

The 21-year-old "Teen Wolf" hunk and longtime girlfriend Seana Gorlick are engaged. Tyler confirmed the news during an interview at Comic-Con in San Diego.

"I love being home. I have a fiancee now." Tyler told toofab's Brian Particelli. "We live together. We have dogs now and it's absolutely great -- I love it." "Teen Wolf" used to shoot in Atlanta but moved to Southern California for Season 3.

Posey may be young, but he's known Seana's been the one for over a decade!

"[I knew] since I was 11," he told Us Weekly back in June. "I couldn't really put it into words when I was that young but I always had this really strong connection to her and it's just been something I can't really explain other than I want to marry you and be with you forever. You just know. You definitely just know and I know."

Fans first fell in love with Tyler as Jennifer Lopez's son in "Maid In Manhattan" (2002). He grew up, got buff, and landed the lead in MTV's "Teen Wolf."