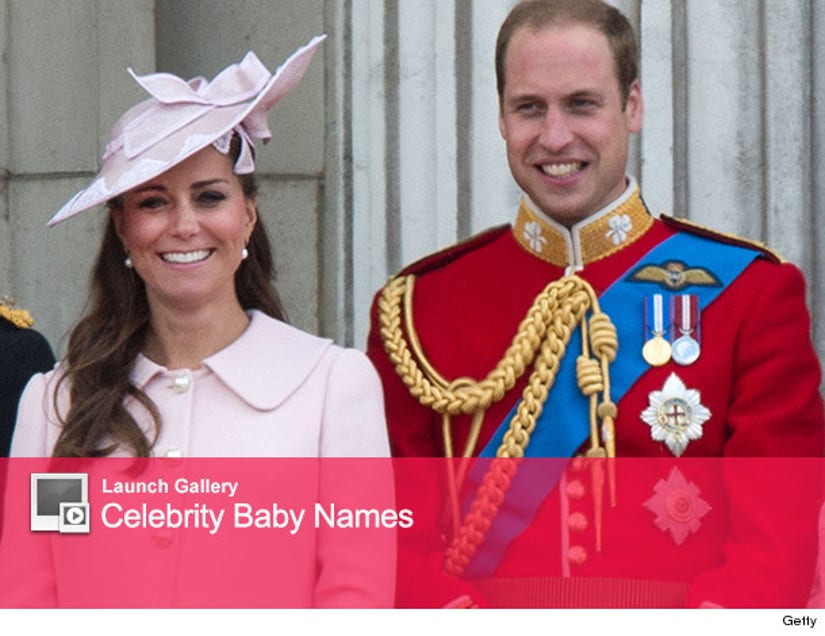 Britain has a new little Prince.

Catherine, Duchess of Cambridge (commonly referred to by her maiden name Kate Middleton by the press) welcomed a baby boy Monday afternoon London time after being admitted just before 6:00am.

The 8 pound, 6 ounce boy was born at 4:24pm. No name has been released. He is the first child of Kate and Prince William, and is third in British line of succession, behind William and his father Prince Charles (meaning one day he will likely become the King of England).

Kensington Palace is the official home of Kate and her husband, Prince William. William accompanied his wife to St. Mary's. It's the same hospital where the late Diana, Princess of Wales, gave birth to both William and his brother Prince Harry.

Prince William released a statement a few hours after Kate gave birth to their baby boy, explaining " We could not be happier."

The Prince Wales and the Duchess of Cornwall also released the following statement about the birth of their first grandchild:

"Both my wife and I are overjoyed at the arrival of my first grandchild. It is an incredibly special moment for William and Catherine and we are so thrilled for them on the birth of their baby boy. Grandparenthood is a unique moment in anyone's life, as countless kind people have told me in recent months, so I am enormously proud and happy to be a grandfather for the first time and we are eagerly looking forward to seeing the baby in the near future."

The Royal family aren't the only ones celebrating, celebrities on both sides of the pond are rejoicing -- see the stars reactions below:

Sophia Grace (@PrincessSGB)
It's a BOY, Congratulations to Prince William and Kate Middleton, This is SO GOOD. #RoyalBabyBoy #RoyalFamily

William Shatner (@WilliamShatner)
So pleased to hear that William and Kate had a baby boy. Long live the future king. MBB

Emma Caulfield (@EmmaCaulfield)
Oh Royal boy! Aw man I can't help but think of the late Princess Diana who would've been so happy to see her 1st grandchild born.

Joan Rivers (@Joan_Rivers): Congratulations to Kate & William on the birth of their baby boy! So relieved that his name won't include the words Ivy or Apple.

Emma Bunton (@EmmaBunton)
It's a boy!!! Special times ahead for Kate and William. Xxxx

Kurt Sutter (@sutterink)
with all the hype, this royal baby needs to emerge glowing in a blinding white light with faeries carry the afterbirth in golden buckets.

Hilaria Baldwin (@hilariabaldwin): Congratulations Will and Kate on the birth of your son! I wish you so much happiness and health!

Cheryl Cole ‏@CherylCole
Congratulations to William and Kate!! So happy they have a healthy baby and everyone is good. Can't wait to see him now 👶 #Royalbaby

Crystal Hefner ‏@crystalhefner
Congratulations to William & Kate on the arrival of a Prince. #RoyalBaby

Kim Zolciak (@Kimzolciak)
Congratulations to William & Kate on the arrival of a Prince. #RoyalBaby

Alex McCord ‏@mccordalex
CONGRATS Royals on the birth of the Prince of Cambridge! It's a BOY! Which Royal Baby gift will you buy?

Bethenny Frankel ‏@Bethenny
Congratulations to the Royal Family on their new baby boy!

UK Prime Minister ‏@Number10gov
PM on #RoyalBaby: An important moment for our nation but above all a wonderful moment for a warm and loving couple.

Lisa Rinna ‏@lisarinna
It's a BOY! #royalbaby I had a feeling it was a boy! Yay! Congrats Will and kate!