Robin Thicke is known for his sexy swagger.

The "Blurred Lines" singer put it to good use this morning on "Today" (the album with the same name was just released).

But the 36-year-old hasn't always been so dapper.

The folks over at Virgin Mobile USA unearthed the 2002 music video of his first single "When I Get You Alone," back when he went by his last name Thicke. Instead of his perfect coif, Robin had long hair. And instead of a suit, he dressed like a college fratboy!

Click on the "Launch" bar below to see the video, as well as an old Sprite commercial that featured Robin and his future wife Paula Patton. 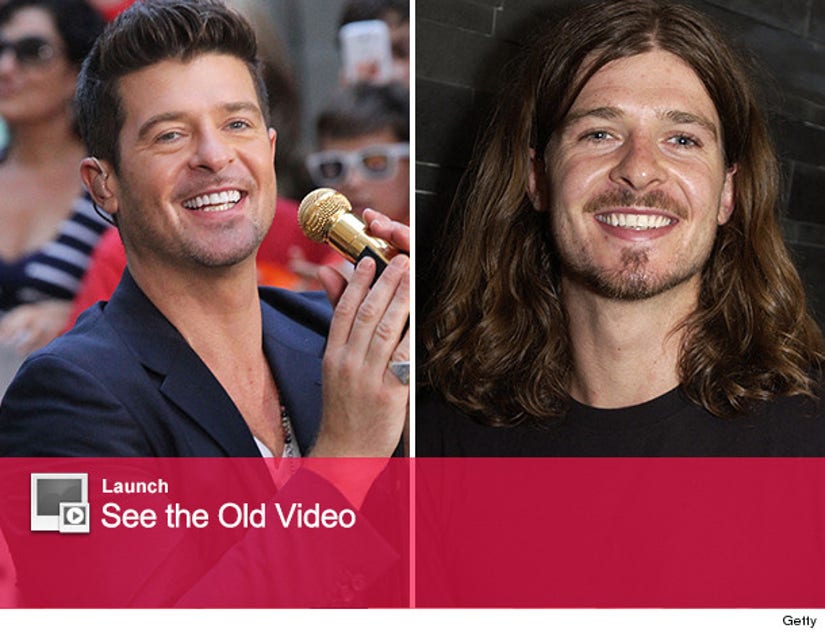 Click here to see Robin Thicke's first music video "When I Get You Alone."

Want to see Robin Thicke for free? He's going to be performing at Virgin Mobile FreeFest in Merriweather Post Pavilion in Columbia, Maryland on September 21, 2013.