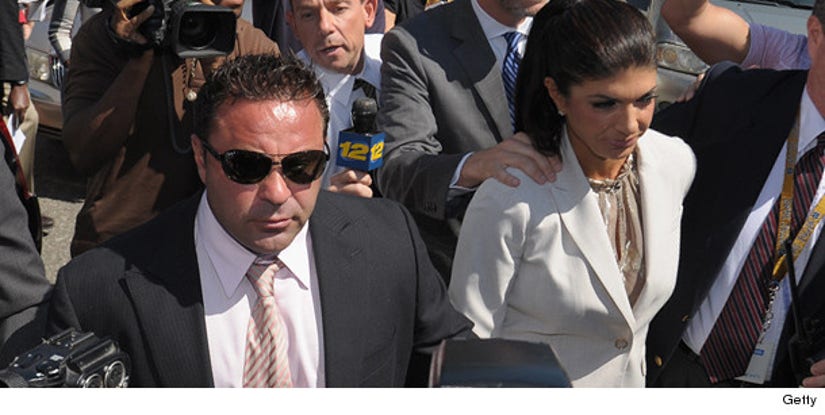 As previously reported, the reality stars face 39 counts of fraud, including making false statements on loan applications to exaggerate their income before appearing on the reality show. They are also accused of hiding income after filing for bankruptcy. If convicted, the couple could face more than 50 years in prison.

Teresa and Joe were each released on $500,000 unsecured bail bonds. They had to surrender their passports and are restricted to New York and New Jersey. They're scheduled to be arraigned in federal court on August 14th.

"The indictment returned (by a grand jury) today alleges the Guidices lied to the bankruptcy court, to the IRS and to a number of banks," U.S. Attorney Paul Fishman said in a statement. "Everyone has an obligation to tell the truth when dealing with the courts, paying their taxes and applying for loans or mortgages. That's reality."

Teresa's attorney Henry Klingeman vowed his client will plead not guilty to the charges and will fight to clear her name.