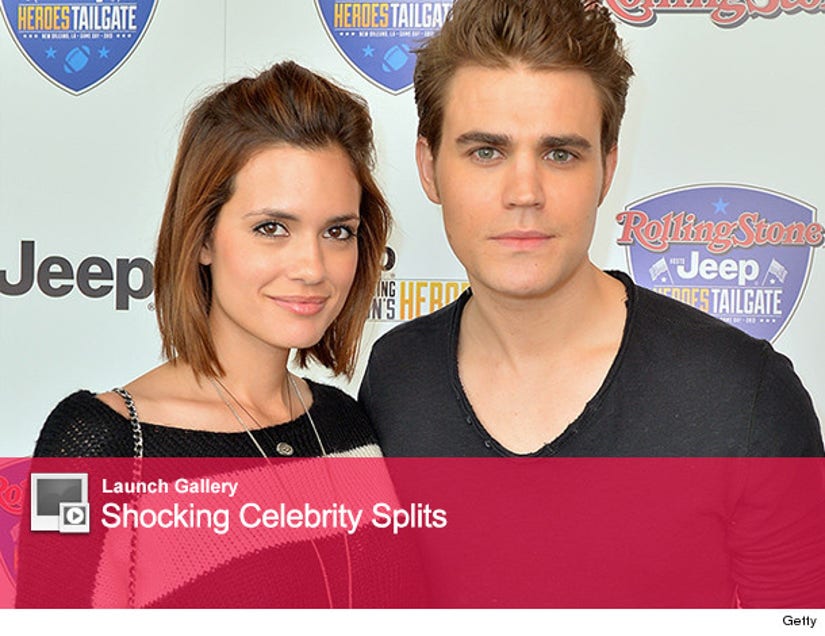 Wesley's rep tells People magazine that the pair "have decided to amicably split," but "they will continue to remain good friends."

The 31-year-old "Vampire Diaries" star met the 29-year-old "Pretty Little Liars" actress on the set of their film "Killer Movie" in 2007, and were married in 2011 at a private ceremony in New York City.

Looks like all is not fair in love and Hollywood -- are you surprised by the news? Tell toofab in the comment section below, and click "Launch Gallery" above to see more shocking celebrity splits!