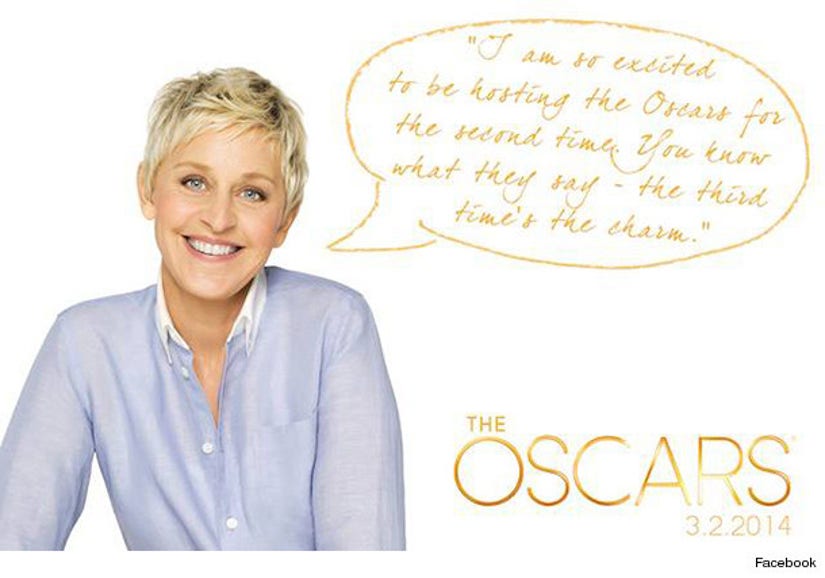 Get excited -- Ellen DeGeneres will be the host of the 2014 Oscars!

On Friday, the Academy of Motion Pictures, Arts and Sciences revealed that the hilarious talk show host will be taking her skills to the Academy Awards ceremony again on March 2, 2014.

The comedienne tweeted her excitement shortly after, writing "It's official: I'm hosting the #Oscars! I'd like to thank @TheAcademy, my wife Portia and, oh dear, there goes the orchestra."

And she's the perfect person for the job -- Ellen has hosted the 2001 Emmy Awards, the 79th Academy Awards and she has one of the biggest talk shows on TV, "The Ellen DeGeneres Show."

To date, Ellen is one of the few Oscar hosts who have received such rave reviews for their performance.

DeGeneres has also judged on shows like "So You Think You Can Dance" and "American Idol."

We can't wait to see Ellen take the stage once again for the biggest award show of the year -- congrats lady!

Are you excited to see Ellen host the Oscars again? Tell toofab in the comment section below!